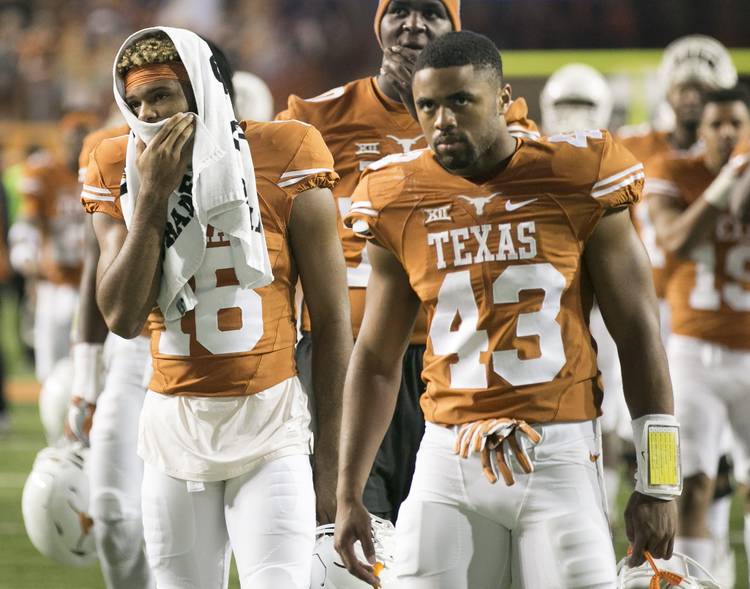 Let’s use Texas’ roster, history and scouting reports to countdown to the start of the 2017 football season. Today, we are only 43 days away from Texas’ home game against Maryland.

Which Longhorn wears No. 43? LB Cameron Townsend, a sophomore from Missouri City who was primarily used on special teams last year. Senior TE Robert Willis, who walked onto the football team last year after never playing varsity football at Dripping Springs, also wears No. 43 at Texas.

Fun fact about No. 43: When the Longhorns scored 43 points in a seven-point loss to Cal last season, it marked the third time since 2015 that UT lost despite scoring 40 points. Two games later, Texas lost a 45-40 game to Oklahoma. In its previous 10 seasons, Texas was 48-2 in the games it scored 40 points in.