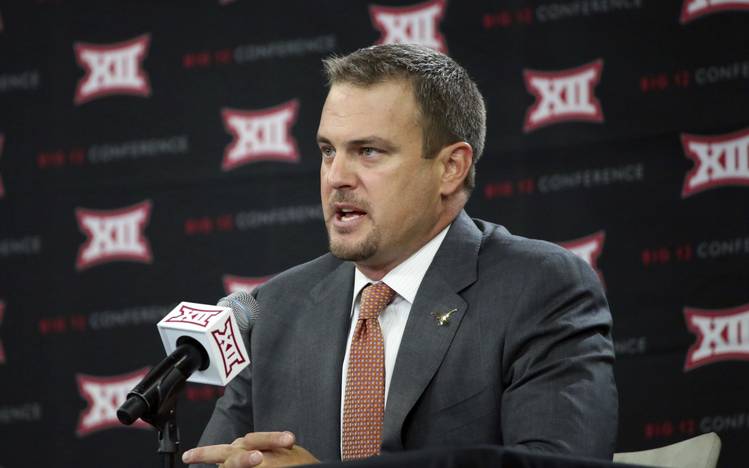 Tom Herman is racking up victories before his first game as head coach of the Longhorns. Friday night his 2018 class moved to 13 members when four-star cornerback Jalen Green pledged to the Longhorns, moving the class closer to a top-five ranking. The good news at the Stars at Night showcase event continued for the Longhorns when the class of 2019 gained its first commitment.

Johnson was considering offers from Baylor, Florida, North Carolina and Oklahoma before announcing his intentions on Twitter.

Johnson popped up on recruiting radars after a sophomore season in which he passed for 2,328 yards and rushed for 1,650 while accounting for 56 touchdowns. He had just six interceptions on 232 pass attempts.

He was honored as the District 22-5A MVP and was offered scholarships by 13 schools.

The quarterback, who gave UT its first commitment for 2019, was Tom Herman’s top target at the position for the class.