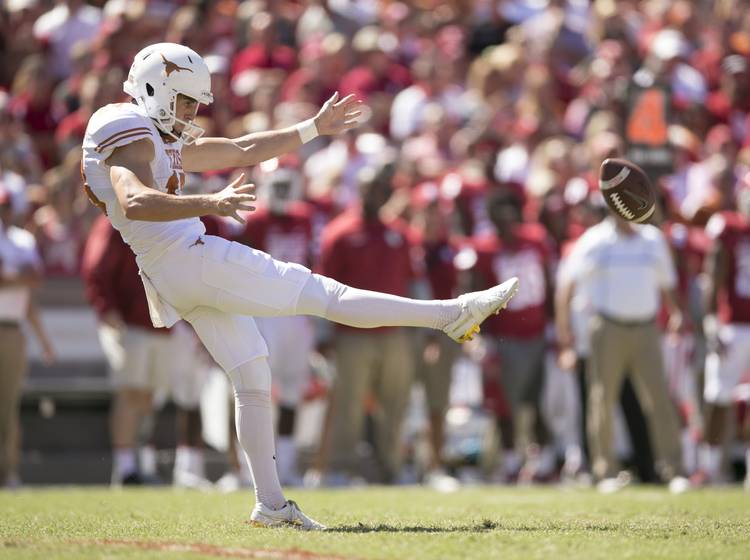 Dickson was selected by the Seattle Seahawks in the fifth round of the NFL Draft on Saturday. Texas’ punter for the past three seasons, Dickson was the 149th overall pick.

According to ESPN, Dickson is also only the third punter to be drafted after leaving school early. Dickson left a year of eligibility on the table at Texas.

Since Dickson has not yet graduated, Texas coach Tom Herman has continually stuck to his schtick of not refering to the specialist by his name. Dickson’s name, though, will be featured throughout UT’s record books.

Averaging 47.4 yards per punt in 2017, Dickson broke the single-season record he set as a sophomore. Dickson needed only three years to establish UT’s record for all-time punts (226) and average (45.32).

Dickson is the only Longhorn to win the Ray Guy Award. As a junior, he was also a unanimous All-American and the MVP of the Texas Bowl.

A native of Australia, Dickson will be replaced at Texas by freshman Ryan Bujcevski. Bujcevski is Dickson’s countryman and cousin.