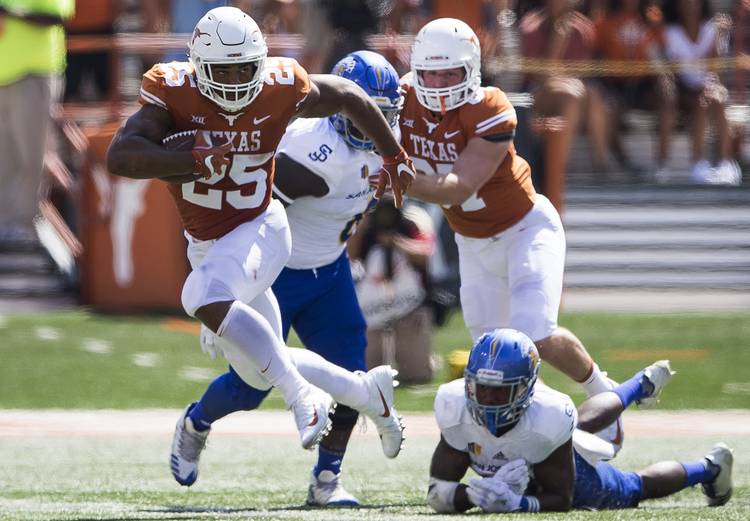 At Texas’ pro timing day in March, Chris Warren III insisted that he was a running back. He’ll get a chance to prove that in Oakland.

Warren has signed with the Oakland Raiders as an undrafted free agent. Warren is the eighth Longhorn to earn a second chance with a NFL team following the NFL Draft. Four of Warren’s former teammates were also drafted.

A 6-2, 247-pound Rockwall native, Warren experienced a series of highs and lows during his three years at Texas. He scored 13 times and averaged 5.6 yards over his 204 career carries, and he rushed for 276 yards against Texas Tech during his freshman year. Warren also suffered a slew of injuries, one of which paved the way for D’Onta Foreman’s breakout campaign in 2016.

Texas coaches moved Warren to tight end during the 2017 season. He told reporters last month, though, that he had expressed a desire to return to his natural position in the NFL. Recalling what he told NFL teams, Warren said “I’ll play whatever you guys need me to play, but I 110-percent intend on playing running back in the NFL. Point blank, period.”

Warren will attempt to gain some traction with an Oakland team that already has veterans Marshawn Lynch and Doug Martin on its roster. The Raiders did not select a running back in the NFL Draft.

Warren’s father, Chris, spent 11 years in the NFL. He rushed for 7,696 yards and 52 touchdowns during a career that was mostly spent in Seattle.