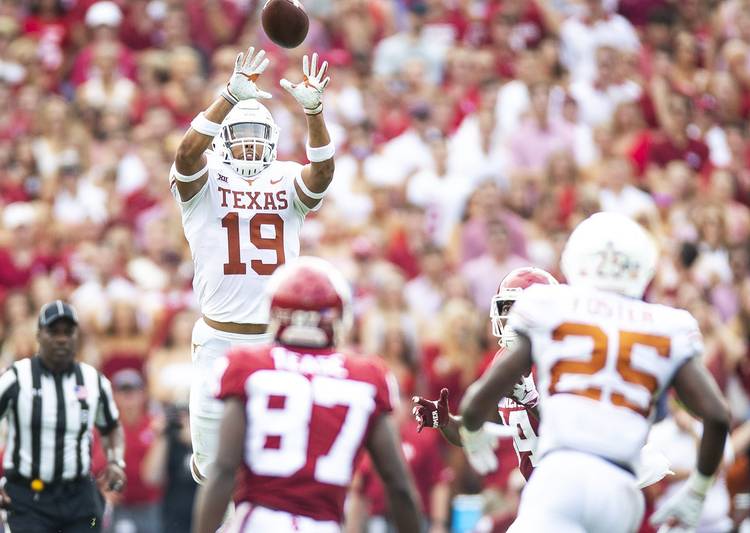 Before taking the field on Saturday, Texas removed defensive tackle Chris Nelson from the injury report. Another starter, however, has taken his place.

Texas announced ahead of its showdown with West Virginia that junior safety Brandon Jones will be sidelined after aggravating an ankle injury at the team hotel on Saturday morning. Jones missed a win over Tulsa earlier this season with an ailing ankle, but he still ranks second among the Longhorns with his 52 tackles. He has also intercepted two passes and recovered a fumble.

During last year’s meeting in Morgantown, Jones forced West Virginia quarterback Will Grier out of the game with a hit by the goal line.

Texas senior P.J. Locke III lined up in Jones’ spot during pre-game warm-ups on Saturday. Locke is usually UT’s nickelback, so his move to safety should open up playing time for sophomore Josh Thompson. Jones is also a safety valve for Texas on punt returns, but normal returner D’Shawn Jamison is suited up after opening this week as a question mark (foot sprain).

FOLLOW LIVE: No. 17 Texas falls to No. 13 West Virginia in dramatic finish

Not a great day for defense: Texas leads West Virginia at halftime, 28-27