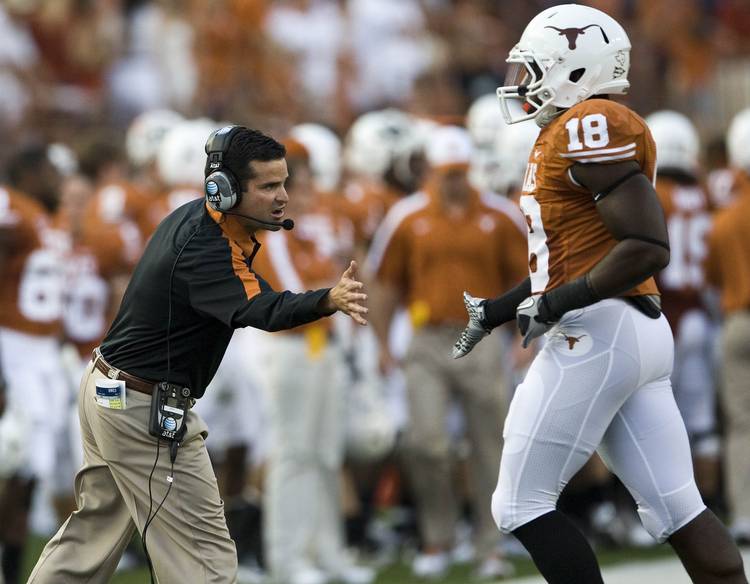 Former Texas defensive coordinator Manny Diaz will be the next coach at Temple, the school announced on Thursday.

This is the first head-coaching job for Diaz, who has spent the past three seasons as Miami’s defensive coordinator. The vacancy at Temple was created earlier this month when Geoff Collins departed for Georgia Tech. Temple (8-4), which was beaten in American Athletic Conference play this season by only undefeated Central Florida, will compete in the upcoming Independence Bowl.

Join us in welcoming our new Head Coach, @Coach_MannyDiaz!

Texas fans likely remember Diaz as the Longhorns’ defensive coordinator for a 28-game stretch from 2011-13. Diaz was fired by then-head coach Mack Brown after the Longhorns allowed 40 points in a non-conference game at BYU. Diaz’s defenses at Texas posted two shutouts and allowed 25.6 points per game.

This has been a busy offseason for ex-Texas coaches. After five years away from coaching, Brown was hired last month to lead North Carolina’s football program. Sterlin Gilbert, who was UT’s offensive coordinator in 2016, has been named the next coach at McNeese State.