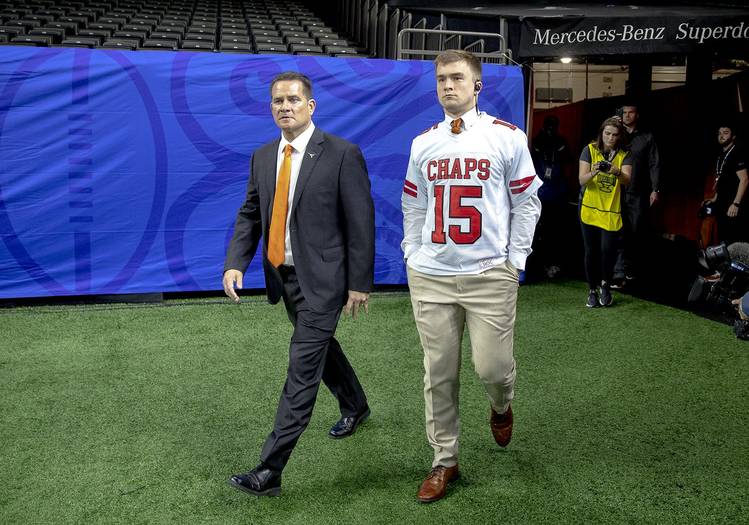 NEW ORLEANS — Ahead of Texas’ meeting with Georgia in the Sugar Bowl, Sam Ehlinger paid homage to the quarterback who calls the Superdome his home.

Ehlinger arrived at the Superdome on Tuesday wearing the high school jersey of New Orleans Saints quarterback Drew Brees. Ehlinger and Brees, of course, both attended Austin’s Westlake High. Wearing No. 15, Brees led Westlake to its only state title in 1996.

“I think that he is, obviously, a Hall-of-Famer,” Ehlinger said. “There is a lot to be said that we went to the same high school. I think that is really cool that I am able to do that. I have pride in the fact that I went to his high school and to be able to play in the Superdome where he has absolutely gone off and set records and done those things for the Saints organization. It is really cool.”

A sophomore, Ehlinger has thrown for 3,123 yards and 25 touchdowns this season. He has also rushed for 13 touchdowns.

UPDATE (9:20 p.m.): Brees responded to Ehlinger’s gesture with a tweet saying that he was rooting for his fellow Westlake graduate.

University of Texas QB Sam Ehlinger walking in the Superdome tonight rockin my Westlake HS jersey! Our Alma mater. What a stud! Rooting for him tonight! https://t.co/2GtO3Xum39