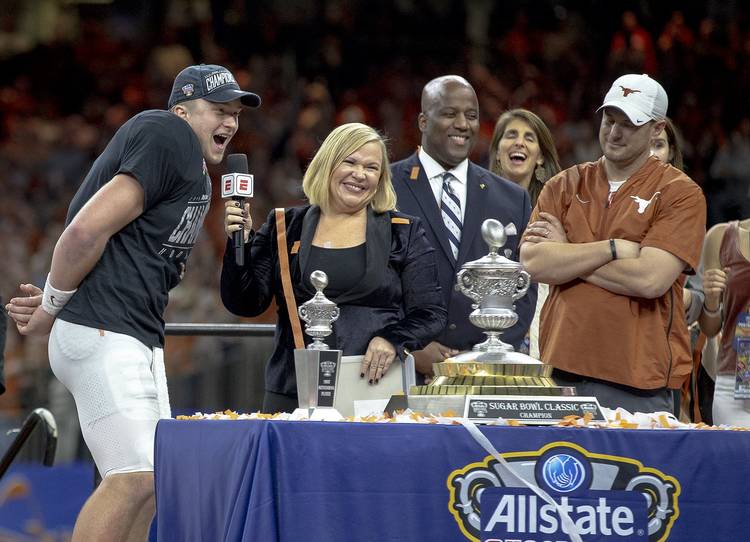 Matthew McConaughey had some good things to say about Texas quarterback Sam Ehlinger on a recent episode of “The Rich Eisen Show.”

“He’s a kid who had to mature very quickly, beyond his years early,” he said. “In the first 10 seconds of meeting him, there’s a young man with a constitution, knows who he is, understands his history.”

McConaughey also had something to say about Ehlinger’s quiet post-touchdown confidence.

“And his confidence… After the four runs on the one-yard line … he comes up on the sideline and everyone’s ra-raing him, and he just kind of looks over his shoulder (and spits),” McConaughey said. “Like yes, that’s our quarterback right there.”

As UT’s new Minister of Culture, McConaughey also talked about some big ideas for the upcoming basketball arena, endorsed Bevo XV’s rushing the fence at the Sugar Bowl, and spoke highly of Coach Tom Herman.