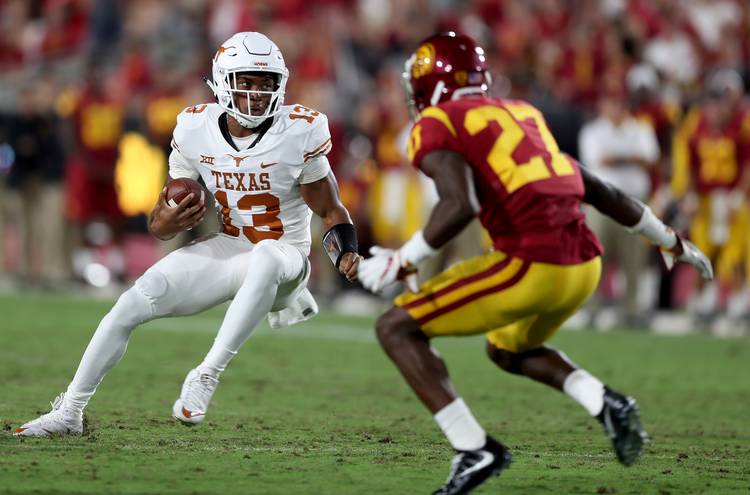 Four years after Jerrod Heard quarterbacked Texas to a win over an Oklahoma team coached by Bob Stoops, the two will join forces in the XFL.

Heard was selected by the Dallas Renegades in the XFL Draft on Wednesday. The Renegades are coached by Stoops, the longtime OU coach who left the Sooners before the 2017 season.

Heard will attempt to make the Renegades’ roster as a receiver. Heard was UT’s starting quarterback for much of the 2015 season, but he switched positions and caught 57 footballs from 2016-18. On Wednesday, he was swooped up during the open portion of the XFL’s two-day draft.

Perkins was selected on Tuesday in the fourth round of the section of the draft that was reserved for offensive linemen. Perkins appeared in 39 games at Texas from 2013-16. He signed with Cincinnati as an undrafted free agent and played once during the 2017 season. Waived by the Bengals in August, Perkins had told the team that he planned to retire.

Davis, Reed and Vahe were all picked during the XFL Draft’s open section. Davis and Vahe respectively signed with the Seattle Seahawks and Baltimore Ravens as undrafted free agents this past spring. Reed was unable to catch on in the NFL after signing deals with Buffalo and Miami following his last game at Texas in 2014.

The revived XFL will kickoff in 2020.

Bohls: What about a 4-man front for Texas D with Joseph Ossai as edge rusher?