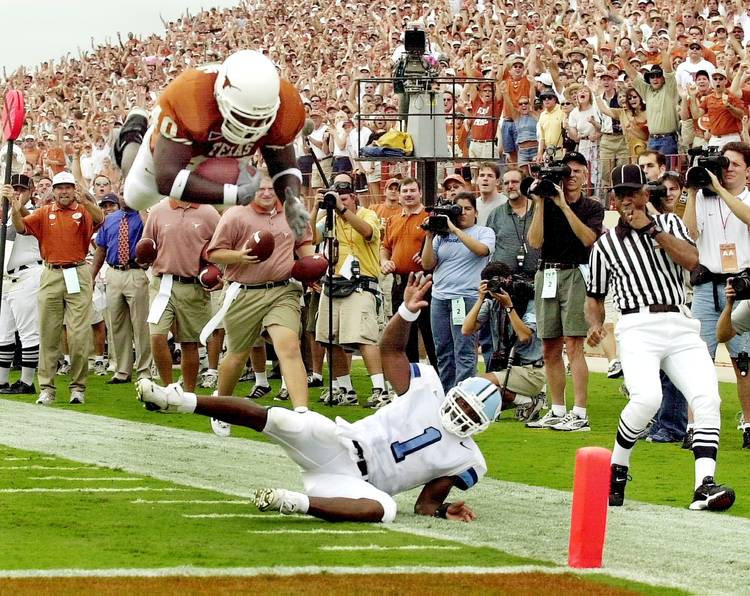 9/8/01 Ralph Barrera/American-Statesman; Texas' Cory Redding leaps over North Carolina's QB Ronald Curry at the goalline for a touchdown return of an interception he threw during first quarter action in the Horns 44-14 win Saturday afternoon in Austin, TX.

Former Longhorn Cory Redding will be enshrined in the Cotton Bowl Hall of Fame in the spring, it was announced on Tuesday.

Redding, who played at Texas from 1999-2002, earned All-American status twice and was first-team All-Big 12 twice.

He registered 57 tackles for loss and 22 sacks for the Longhorns.

Redding played in the NFL after getting drafted in 2003. He spent six years with the Detroit Lions before joining the Baltimore Ravens for two years and then the Indianapolis Colts for three more.

Redding and his wife, Priscilla, donated $100,000 to establish the Cory and Priscilla Redding Family Scholarship in the College of Education at The University of Texas in 2012.