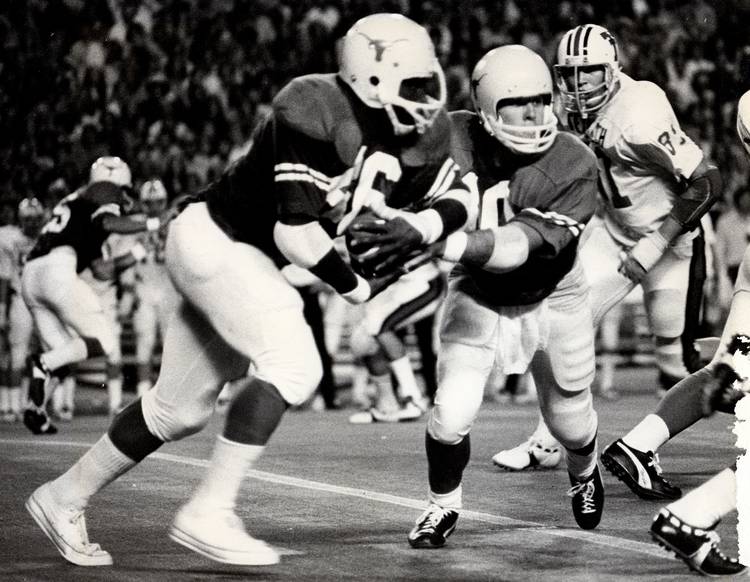 Throughout Black History Month, the American-Statesman will take a daily look at the black athletes who have had a lasting impact in Texas’ athletic department. Today, we are writing about football player Roosevelt Leaks.

Leaks arrived at Texas in 1971, which was one year after Julius Whittier became the football program’s first black letterman. Freshman weren’t allowed on the varsity roster but the Brenham-raised Leaks quickly made up for lost time.

As a sophomore, Leaks became the first black football player from Texas to earn All-American and all-conference honors. During that historic season, Leaks ran for 1,099 yards and eight touchdowns for a 10-1 Texas team. At the time, that was UT’s fourth-ever 1,000-yard season.

The 1,415 rushing yards that Leaks compiled in 1973 stood as a single-season record at Texas for four years. During his junior year, Leaks finished third in the voting for the Heisman Trophy and was once again named an All-American.

Limited by a knee injury and the emergence of Earl Campbell, Leaks rushed for only 409 yards as a senior. Leaks was then selected in the fifth round of the 1975 NFL Draft. He went onto play nine seasons for Baltimore and Buffalo.

After he wrapped up his NFL career, Leaks returned to Austin and worked in real estate. When asked ahead of his enshrinement in college football’s hall of fame in 2005 about the impact he had as the football team’s first black star, Leaks told the American-Statesman that “It’s great to see that a door was opened that helped to give young men and women chances for a better education and a good life. You always feel good when there is an opportunity to help young people better themselves.”