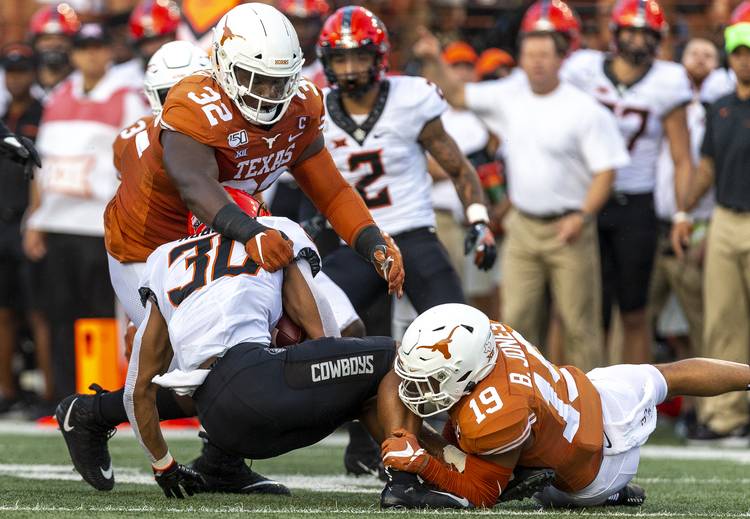 With the NFL Draft set to kickoff on April 23, a quartet of Longhorns have been scheduled for a job interview.

On Friday, the NFL revealed the names of the 337 players it had invited to its annual scouting combine. Receivers Devin Duvernay and Collin Johnson, safety Brandon Jones and defensive lineman Malcolm Roach will represent Texas at the event. UT coach Tom Herman had previously announced that invitations had been extended to Duvernay, Johnson and Jones.

Led by quarterback Joe Burrow, the presumed top pick in the NFL Draft, LSU had 16 players invited to the combine. Among Big 12 schools, TCU received a conference-high seven invitations:

Last year, five Longhorns were invited to the NFL Scouting Combine. Of those five players, only Charles Omenihu (Houston, fifth round) and Kris Boyd (Minnesota, seventh round) were drafted.

The Indianapolis-hosted combine will run from Feb. 27 to March 1. Duvernay and Johnson will workout on Feb. 27. Roach will go on Feb. 29 before Jones steps into the spotlight a day later.