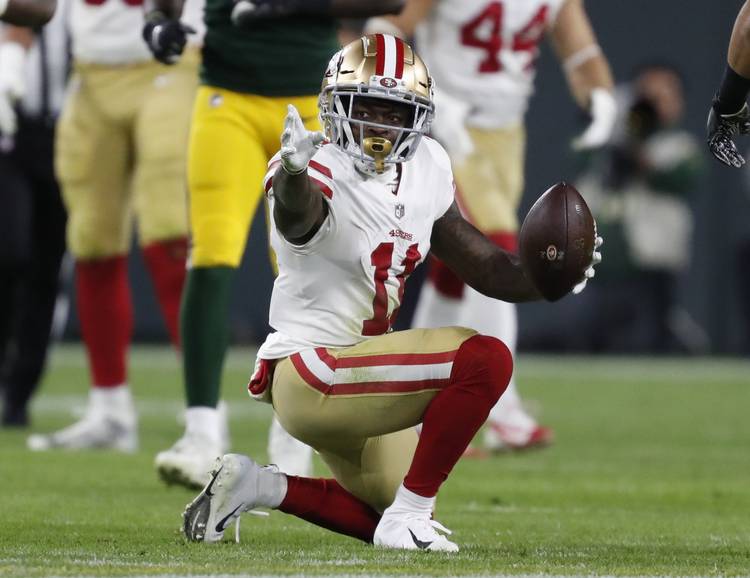 Devin Duvernay and Collin Johnson weren’t the only Texas receivers who caught on with a new team this weekend.

The Philadelphia Eagles announced on Saturday that they had acquired Marquise Goodwin in a trade. Goodwin, who played at Texas from 2009-12, had spent the previous three seasons in San Francisco. Philadelphia sent the 190th overall pick in the NFL draft to San Francisco for Goodwin and the 210th selection.

Goodwin and the Eagles also reportedly restructured his contract. According to Mike Kaye of NJ Advance Media, the new one-year deal is worth $1.35 million.

The #Eagles have acquired WR Marquise Goodwin and pick No. 210 from San Francisco in exchange for pick No. 190. pic.twitter.com/HeQZUOO5fQ

Goodwin appeared in only nine games this past season and was on the injured reserve list when San Francisco reached the Super Bowl. Goodwin started six times in 2019 while contributing 12 receptions and 186 receiving yards. His 140 career catches have resulted in 2,323 yards and 13 touchdowns.

Goodwin was a third-round pick by Buffalo in 2013. Until this year, Goodwin had been the last Texas receiver taken in the NFL draft. Baltimore picked up Devin Duvernay in Friday’s third round while Collin Johnson was drafted by Jacksonville on Saturday.

WATCH: Texas says farewell to three of its softball seniors