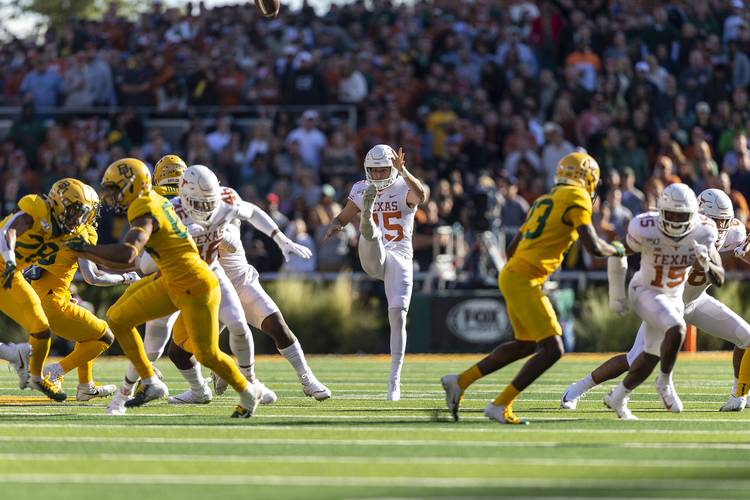 The Dallas Morning News reported on Monday that former Texas punter Chris Naggar will close out his collegiate career as SMU.

According to 247Sports, Naggar joins offensive lineman J.P. Urquidez (Texas State) and defensive lineman Gerald Wilbon (Louisiana Tech) as the graduate transfers who have left the Longhorns this offseason. Naggar recently earned a degree in corporate communication at Texas. As a graduate transfer, he will be eligible for the 2020 season.

An Arlington native, Naggar walked onto the UT football team in 2016. Naggar did not appear in any games over his first three years in Austin, but an injury to Ryan Bujcevski led to significant playing time this past fall.

During the 2019 season, Naggar averaged 39.3 yards over 25 punts. (An average punt for SMU junior Trevor Denbow, who was also a starting safety, covered 38.7 yards last year). The Dallas Morning News predicted that Naggar could contend for the job as SMU’s starting kicker since the Mustangs failed to make a 40-yard field goal in 2019. Naggar was an all-state kicker in high school, but he never attempted a field goal or extra point at Texas.

Naggar heads to Dallas a year after ex-UT quarterback Shane Buechele joined SMU’s football program as a graduate transfer. Buechele, who is also from Arlington, threw for 3,929 yards and 34 touchdowns in his first season with the Mustangs. Buechele has one year of eligibility remaining.