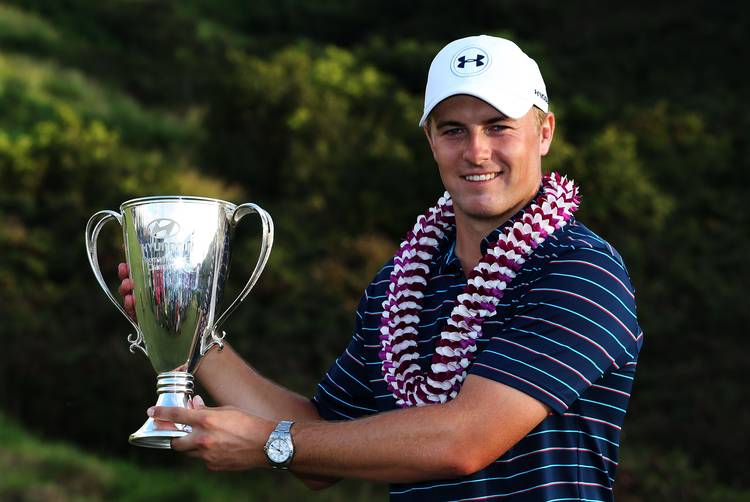 LAHAINA, HI - JANUARY 10: Jordan Spieth celebrates with the trophy after winning the final round of the Hyundai Tournament of Champions at the Plantation Course at Kapalua Golf Club on January 10, 2016 in Lahaina, Hawaii. (Photo by Sam Greenwood/Getty Images)

No one has to wonder whether former Longhorn, and golf’s current top player, Jordan Spieth prefers Coke to Pepsi.

He and Coca-Cola  answered that question definitively on Wednesday.

Spieth, who won the first golf tournament of the year over the weekend, and Coca-Cola announced in a press release a multi-year agreement that makes the 22-year-old a brand ambassador. The announcement comes shortly after Golf Digest reported the young golfer was the sport’s top earner in 2015.

Here’s a piece of the press release:

“In 2015, Jordan Spieth became the face of professional golf by winning The Masters and The U.S. Open Championship, claiming the PGA TOUR¹s 2015 FedEx Cup with his win at the Tour Championship by Coca-Cola, and finishing the season at No. 1 in the Official World Golf Ranking.

“Fresh off of his impressive win at the 2016 Hyundai Tournament of Champions in Kapalua, Hawaii, Coca-Cola® today announced that Spieth will become an ambassador for the brand¹s sports marketing campaigns and beyond. The new multi-year partnership will feature Spieth in television advertising, digital and social media, point-of-sale, out-of-home, experiential marketing, packaging and more. Golf fans can expect to see Spieth promote the company¹s Dasani brand as well.”

Read more on the release here.

Spieth and Coca-Cola had time for a quick video on the announcement: