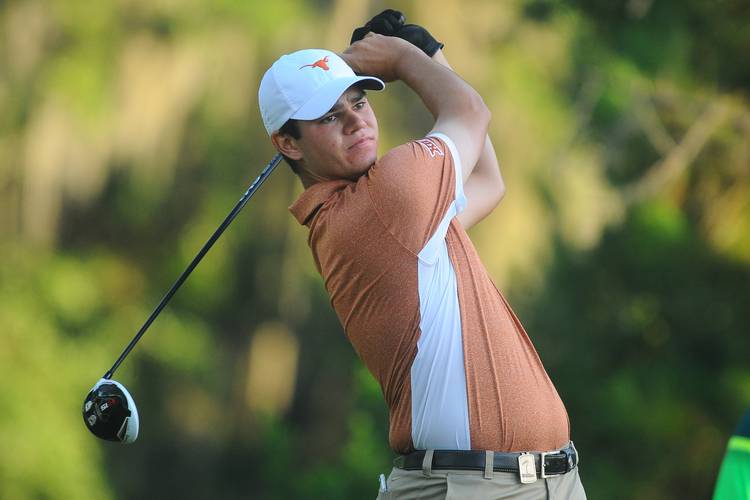 Texas men's golfer Beau Hossler is currently the No. 1-ranked men's individual golfer, according to Golfweek. (Photo by University of Texas Athletics)

The No. 2 Texas Longhorns men’s golf team struggled on the first day of the NCAA Championship, shooting 289 for a tie for 12th place at Eugene Country Club in Eugene, Ore. on Friday.

Though the Longhorns are 12th, they’re just seven shots behind co-leaders Arkansas and TCU.

“I think our guys just got off to a bit of a slow start, but then weathered the storm and got a solid round in,” said head coach John Fields. “A 289 isn’t a great round, but it wasn’t horrible.”

No Longhorn shot under par on the day, with Beau Hossler leading the way with an even-par 70. He’s tied for 16th, trailing first place by three shots. Nahum Mendoza of San Diego State, Will Strake of South Carolina and Theo Humphrey of Vanderbilt are tied for the top spot at 3-under. Hossler had five birdies on the day.

Scottie Scheffler shot 72 for 2 over par while Doug Ghim is one shot back at 3-over. Scheffler is in a tie for 52nd while Ghim is tied for 72nd.

The Longhorns will attempt to move up the standings of the NCAA Championship on Saturday at 9 a.m. They’ll tee off with Stanford and Southern Cal.