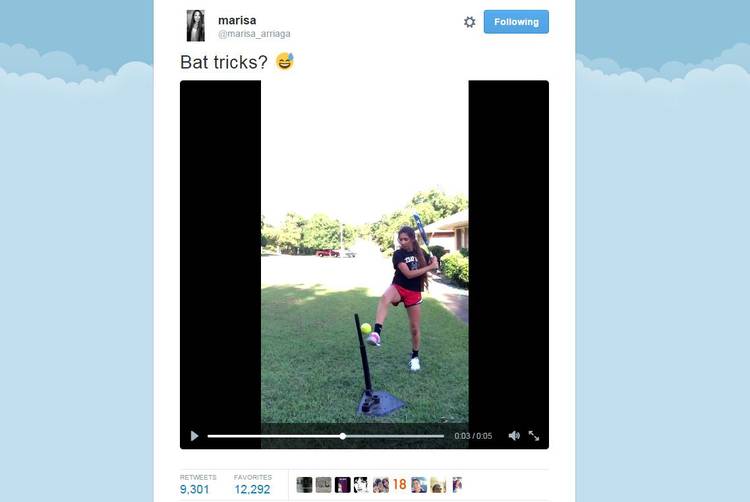 Word is, the Cedar Hill High junior wants to play college softball for the University of Texas. She told Fox News that during an interview Tuesday and on Wednesday, Arriaga echoed that to the Statesman.

“I would like to play softball (for Texas) because my gradad went there and my cousin currently plays there,’ she said through Twitter.

Arriaga’s trick shot video, which she posted on Twitter in June, has racked up more than 9,000 re-tweets and has been viewed more than 6 million times on Vine.

Take a look at how effortlessly she pulls off this trick shot: