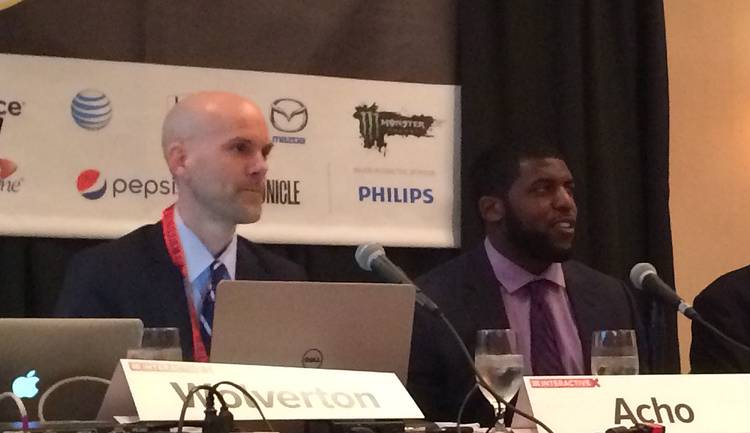 The Chronicle of Higher Education's Brad Wolverton, left, and NFL and former Texas linebacker Emmanuel Acho talk about the issue of paying college athletes for their likeness at a SXSports panel at South by Southwest on Friday.

Former Texas linebacker Emmnauel Acho is out of a job after being waived by the Philadelphia Eagles.

Acho recently injured his thumb, which might have contributed to his release.

One thing people will never question is my toughness. And that will take you a long way! #FlyEaglesFly

In two seasons, Acho made 20 appearances with Philadelphia and logged two starts. At Texas, Acho made first-team All-Big 12 before being drafted by Cleveland in the sixth round of the 2012 draft.