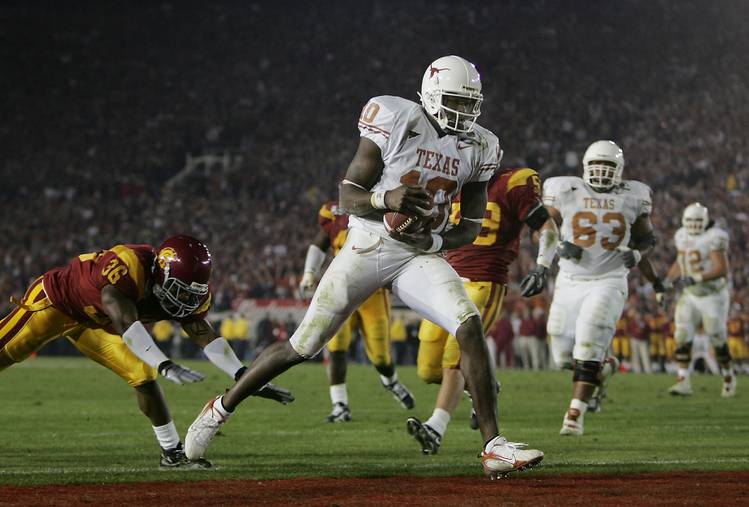 Texas' quarterback Vince Young scrambles into the end zone for a touchdown during fourth quarter action against USC in the 2005 National Championship game. (Rodolfo Gonzalez / American-Statesman)

It’s the 10th anniversary season of Texas’ magical win over USC in the Rose Bowl to clinch the 2005 national championship. In Sunday’s American-Statesman, we took an in-depth look at that game, what it meant to both programs and what happened afterward.

All of Sunday’s stories are available on Hookem.com.

But here’s what it looked like in the pages of Sunday’s Statesman. Or, click here to see the pages in an expanded form.

Breakfast with Bevo, 083015: Basically, Texas-USC was an NFL exhibition