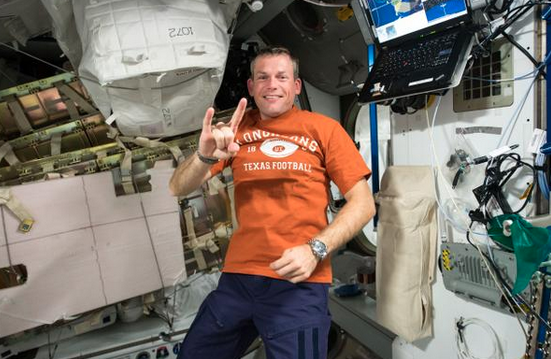 We knew there were Longhorns diehards all over the world – looks like there’s a fan in orbit, too.

Andreas Mogensen, an astronaut with the European Space Agency, tweeted his support for the football team from aboard the International Space Station on Thursday.

Mogensen, who received his Ph.D. in aerospace engineering from UT in 2007, is on a 10-day mission to the space station.

It was the ‘ship of dreams: Parody trailer mashes up Longhorns and ‘Titanic’