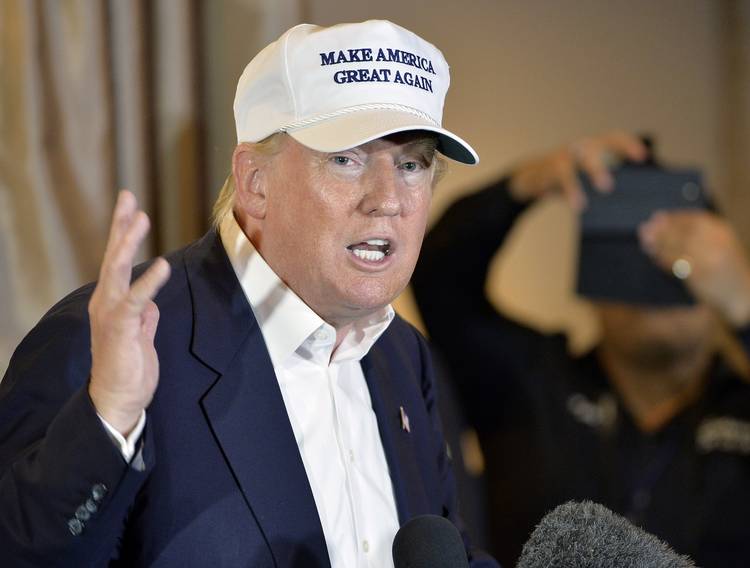 Does the Longhorns’ 1-3 record make you long for happier times? Did you spend September wistfully thinking of the 2005 National Championship season? And do you look to GOP presidential candidate Donald Trump for fashion inspiration?

Then we have the hat for you:

The hats, inspired by Trump’s accessory of the summer, are the brainchild of Will Shoff and his friends. A class of 2015 Texas graduate, Shoff says he wanted to make a version for Texas after some other friends of his made a “Make SMU Football Great Again” set of hats.

Shoff made clear this isn’t a long-term merchandise venture and it’s all in good fun for a laugh.

“We thought our friends would want it and it would be funny,” Shoff said. “We’re not in this to make a quick buck and bail; we’re in it because we’re UT fans and we think it’s funny.”

The hat is being sold on Tilt, a crowd-funding website Shoff learned about from a friend who worked as a brand ambassador. So far, 30 hats have been sold of the 100 Shoff ordered online, mostly to personal friends. He says any money made will be used to go to Longhorn away games. Shoff has been offering free shipping for people out of town who want to purchase a hat, which is being sold for $25.

When asked just when UT football was great, Shoff said, “2009 up until UT stopped being great in the Rose Bowl. It’s still great, it’s just not as great.”

Shoff, who hails from the east coast, said that the orange color and “UT” on the hat could even mean the University of Tennessee. The Volunteers are currently 2-2.

“Some of the Tennessee fans have even expressed interest,” Shoff said.

Despite the Longhorns’ devastating losses this season, Shoff is optimistic about the current state of the football program, especially with the freshman class.

“It’s not in disrepair, but things are looking up,” Shoff said. “I’m optimistic about the future because of the man in charge, Charlie Strong. Those are the guys that you can build around, all the freshmen. Texas will be truly great again in 2017.”