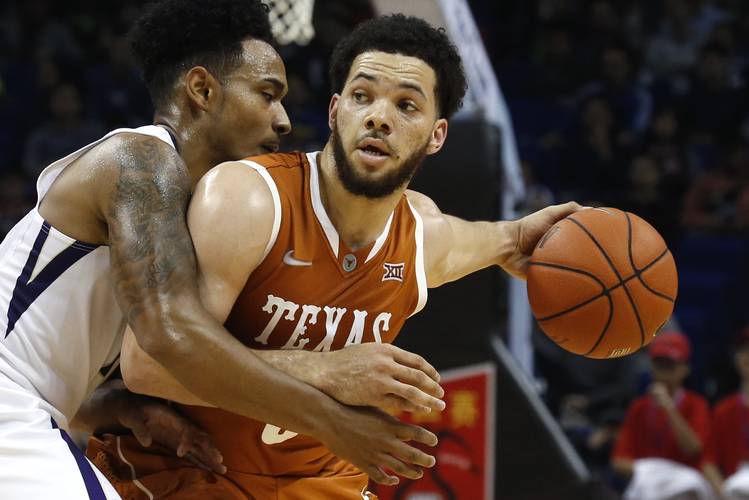 Javan Felix of the Texas Longhorns is blocked by David Crisp of the Washington Huskies during a match at the Mercedes Benz Arena in Shanghai, China, Saturday, Nov. 14, 2015. The University of Texas and University of Washington played the first-ever regular-season college men's basketball game in China at Shanghai's Mercedes Benz Arena, organized by the Pac-12 conference in partnership with Chinese tech giant Alibaba Group. (AP Photo/Ng Han Guan)

After stumbling in the season opener in Shanghai, China to begin the season, Texas (0-1) plays its first game at the Erwin Center against Texas A&M-Corpus Christi Islanders (1-1) Saturday.

Texas 70, Rice 47: Brianna Taylor rolls through Owls, so do Longhorns