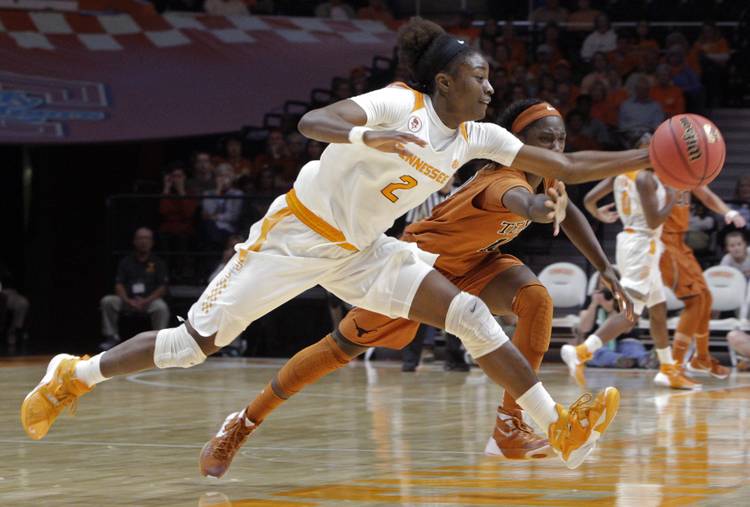 Although Tennessee (5-1) hadn’t lost at home since a 75-71 defeat by Kentucky in February 2014, the Lady Vols had only won their last four games by a combined margin of 20 points.

“We were setting ourselves up for this,” Tennessee guard Andraya Carter said. “Our games leading up to this we should have won by way more. We were winning by close margins the whole time, but we were just more talented than those teams. We came up against a team that was equally as talented as us, and they played together and they beat us.

“I think this just shows that while you can beat some teams not playing the way you’re supposed to, you can’t beat the top teams.”

Higgs helped make sure Texas came out on top this time. The freshman guard entered the day having missed all seven of her 3-point attempts this season. She regained her shooting touch Sunday by going 3 of 5 from 3-point range, helping Texas shoot 6 of 13 from beyond the arc overall.

Diamond DeShields had 24 points and 11 rebounds to lead Tennessee, but no other Lady Vol had more than six points.

Brooke McCarty had 12 points and Boyette had 11 points and nine rebounds for Texas (5-0).

Tennessee cut an 11-point fourth-quarter deficit to four when Carter sank two free throws with 1:18 left. Carter then made a midcourt steal to start a fastbreak, but Te’a Cooper missed a contested layup with a minute remaining.

Hard to believe, but 4-7 Longhorns could be back in bowl picture