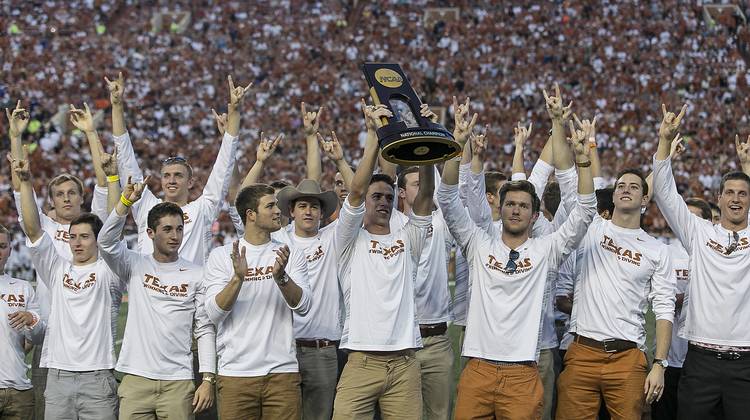 SEPTEMBER 19, 2015 - Members of the men's national championship dive and swim team celebrate on the field during a timeout in the first half of the NCAA game between Texas and California held Darrell K Royal -Texas Memorial Stadium in Austin, Tx., on Saturday, September 19, 2015. (RODOLFO GONZALEZ / AMERICAN-STATESMAN)

The top 10 Texas Longhorns stories of 2015 have been listed. Steve Patterson and Rick Barnes may have skipped reading that list, but Jordan Spieth and Javan Felix probably liked it.

At the bottom of that page, we had the stories that just missed the cut. To help breakdown those stories, here’s a tribute video on the next six big stories of 2015.