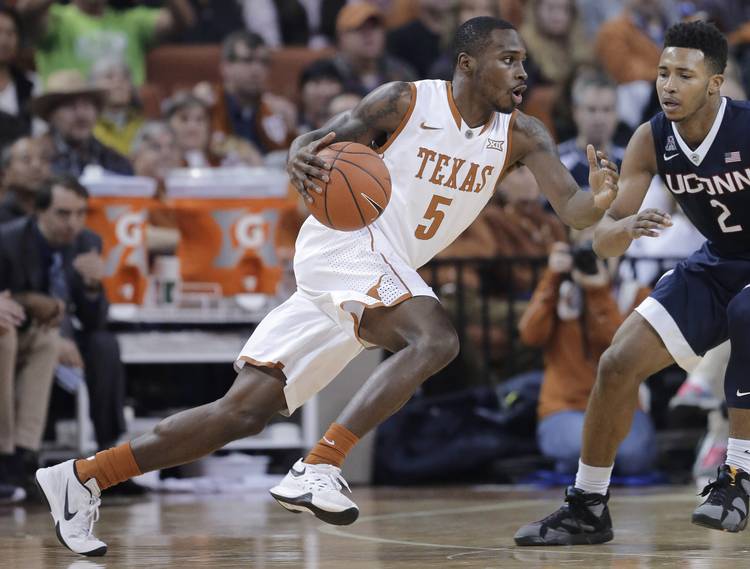 In its first game without injured center Cam Ridley, Texas fell to Connecticut, 71-66, on Tuesday at the Erwin Center.

Prince Ibeh started for Ridley, who broke his foot in Sunday’s practice, and contributed five blocks with three points and four rebounds. Ibeh picked up his fourth foul with 8 minutes, 54 seconds to go but kept clean from that point forward.

Freshman Tevin Mack knocked down five 3-pointers, shattering his previous best with two. The 20 points he scored are also his most through 12 games.

Isaiah Taylor had 19 points, including a three-point play with about a minute to go to cut the deficit to 65-62.