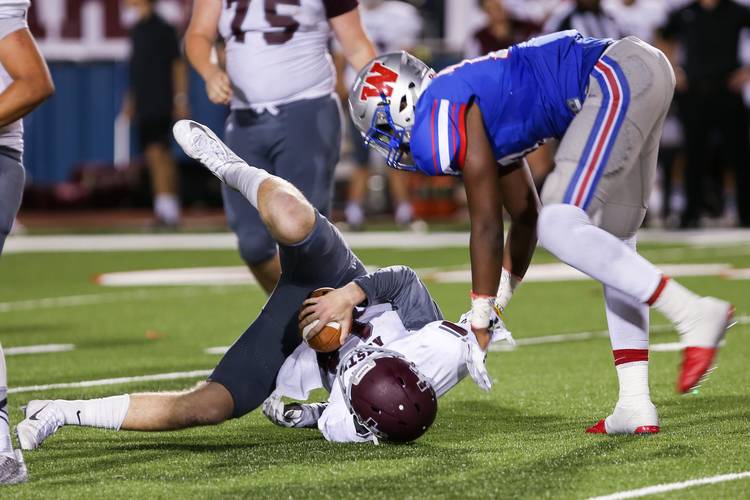 Levi Jones (17) sacks Beau Kalbacher during the 56-12 win by the Chaps over Austin High at Westlake on Friday night, September 18, 2015. PAUL BRICK FOR ACN

Jones  has already received a handful of scholarship offers. If he commits to Texas, he’ll join current teammate, and fellow 2017 class member, Sam Ehlinger as part of Texas’ 2017 recruiting haul. It would be another Westlake addition by Texas, who last year signed Breckyn Hager.

A few years ago, Jones’ brother Cayleb signed with Texas before transferring to Arizona and is now heading to the NFL. His other brother, Isaiah, was the leading receiver for East Carolina in 2015.

While Levi Jones may or may not attend Texas, here is a list of players who hailed from the Austin-area and signed national letters of intent with Texas since 2006.

A list of Austin-area players who joined the Longhorns since 2006.