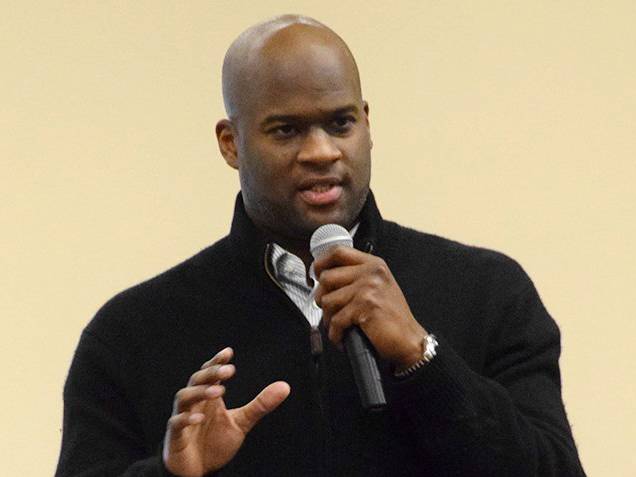 Former Texas Longhorn great Vince Young was arrested on Sunday for DWI. It’s the latest setback for the former football star and Houston native who just last month was honored by the UIL for his induction into the Texas Sports Hall of Fame.

Since winning the BCS National Championship 10 years ago and being drafted third overall by the Tennessee Titans, Young has often made headlines for less pleasant reasons.

After winning the NFL ‘s Offensive Rookie of the Year honors in 2006 and being named to the AFC Pro Bowl, Young’s career took a turn. Less than two years after earning those honors and being on the cover of the famed “Madden” football video game, Young had a strange off-the-field incident that led to his coach reaching out to a therapist.

He overcame this, though, and even made the 2009 Pro Bowl and finished third in NFL Comeback Player of the Year voting that season.

The following season, Young’s career with the Titans came to an end after he threw his shoulder pads into the crowd and had an argument with his head coach, Jeff Fisher. Young never was an NFL starting quarterback again.

Young played for the Philadelphia Eagles the following year, backing up Michael Vick, but he lasted just one season on the team. Young’s NFL career was essential over as stints with the Cleveland Browns, Buffalo Bills and Green Bay Packers didn’t last long.

In 2010, Young found himself in trouble following an altercation at Dallas strip-club.

In 2012, Young reportedly had money troubles due to spending habits including a $6,000 bill at T.G.I. Friday’s.

Two years ago, Young filed for bankruptcy despite earning  millions during his playing career. Young filed a lawsuit against former adviser and agent Ronnie Peoples and Major Adams. The suit accused the two of of “fraud, unjust enrichment, conversion, breach of fiduciary duty, usury, and breach of contract. It’s also seeking exemplary damages and attorney fees.”

Peoples, while under oath, didn’t help Young’s image when he said part of the financial trouble centered on a loan taken out to cover a birthday party during the NFL’s player lockout.

But it hasn’t been all stormy for Young in recent years. Before Sunday’s arrest, the Longhorn legend had seemingly gotten his life back on track, even graduating from Texas in 2013.

Young began working for the university and earned a reported $100,000 per year, tasked with “attracting disadvantaged students to Texas and encouraging alumni to finance their dreams.” Young also has been a fixture at community events in the Austin area.

Young was inducted into the UT Men’s Hall of Honor in September.