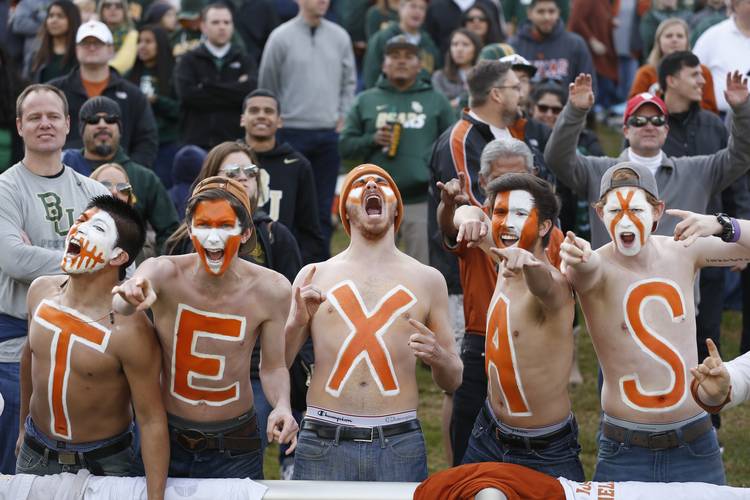 Texas fans cheer during the first half of the Longhorns game against Bayor at McLane Stadium in Waco on Saturday December 5, 2015. JAY JANNER / AMERICAN-STATESMAN

Less than a week from National Signing Day, social media is starting to buzz with who will go where.

There are some cryptic tweets from recruits:

And others, like this one from a former Longhorn standout, are just pretty funny, creative and helpful:

.@Staples a friend of mine will be receiving an influx of faxes, will this model overheat? @ChuckFnStrong pic.twitter.com/Ko8bNMae1f

In some actual recruiting news, Texas target D’Andre Christmas-Giles cut his recruiting list down this week:

Christmas-Giles includes LSU on his recruiting list. LSU has one of the top projected recruiting classes in college football. And Former NBA star Shaquille O’Neal, who played basketball at San Antonio Cole High School, gave the world some insight on what his recruitment was like to LSU to play basketball.