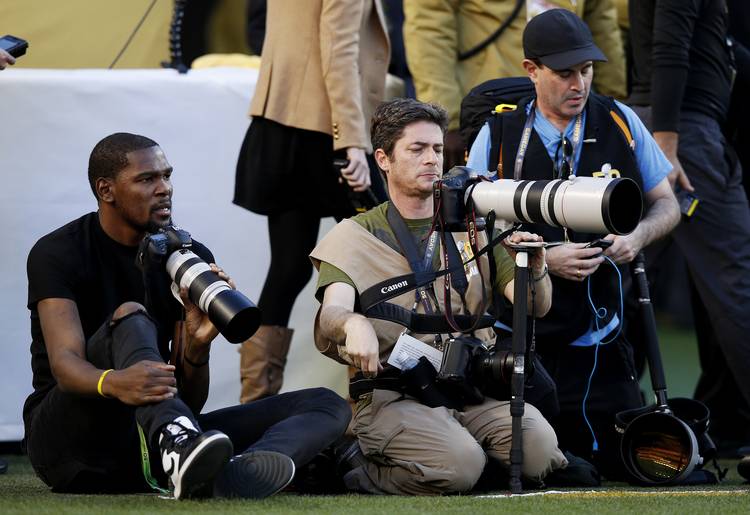 Former Longhorn great and NBA superstar Kevin Durant is spending Super Bowl 50 on the sidelines, but he’s not just standing around.

The former NBA Most Valuable Player award winner is utilizing his photography skills:

Durant scored 40 points Saturday night in a loss to Golden State, but that hasn’t stopped him from taking part in the Super Bowl activities. He’s a credentialed photographer at the Super Bowl in Santa Clara, Calif.,  shooting for the Player Tribune, a website started by former MLB star Derek Jeter.

Just a guess, but the 6-foot-11–inch Durant may be the tallest photographer to ever shoot the Super Bowl.  Maybe. Hopefully he read up on shooting the Super Bowl.

Durant took time for a selfie during the first half:

From the looks of it, Durant is really going to work:

Men’s preview: Texas at No. 1 Oklahoma