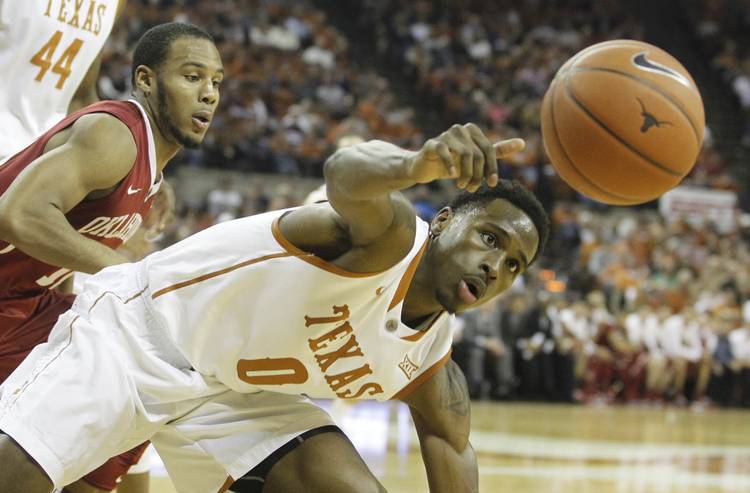 Texas-Oklahoma is one of the Big 12’s best rivalries and has shown that over and over again during the football season.

But it extends on the court as well.

Today, Texas travels to Norman to face the Sooners, who spent the better part of 2016 ranked No. 1 in the country. The Sooners are now No. 3 in the AP poll after losing to Kansas State on Saturday. But Texas, even at 16-7 with terrible losses to Texas Tech and TCU, joins the AP top 25 today, setting up a matchup between two ranked Big 12 squads.

Here are three games to remember that involved ranked Texas and Oklahoma teams.

Yeah, the last time these two teams met when they were both ranked was not good for the Longhorns. Losing by 21 is one thing; losing by 21 to your biggest rival at home is another thing. Texas scored a grand total of 14 points in the first half. Those 14 points set a record for the lowest halftime point total for a Texas team in Big 12 play.

Best because both teams ranked in the top 5 when they played each other and best because this game featured two of the best guards to ever play in the Big 12: OU’s Hollis Price and Texas’ T.J. Ford. Ford played 39 minutes and scored 18 points and threw 10 assists. Price scored 22 points in 38 minutes and had five steals. Texas went to the Final Four that season, while Oklahoma reached the regional final. Both teams were eliminated by Syracuse, which also beat Kansas in the National Championship game to go 3-0 in the NCAA Tournament against the Big 12.

Texas was led by a star named LaMarcus Aldridge and had a few more future NBA players on the roster like P.J. Tucker and Daniel Gibson. Oklahoma, which got as high as No. 5 in the AP poll that year, was led by Taj Gray, Terrell Everett and Michael Neal.

Tucker and Gibson played all 40 minutes of this game, and Gibson scored 23, while Aldridge added 22. Everett scored 25. Oklahoma led 35-31 at halftime and never let up. Texas rebounded and won its next five games and crushed Oklahoma 72-48 in Austin, but at the time, Texas was ranked No. 6 in the country, while Oklahoma was No. 19.