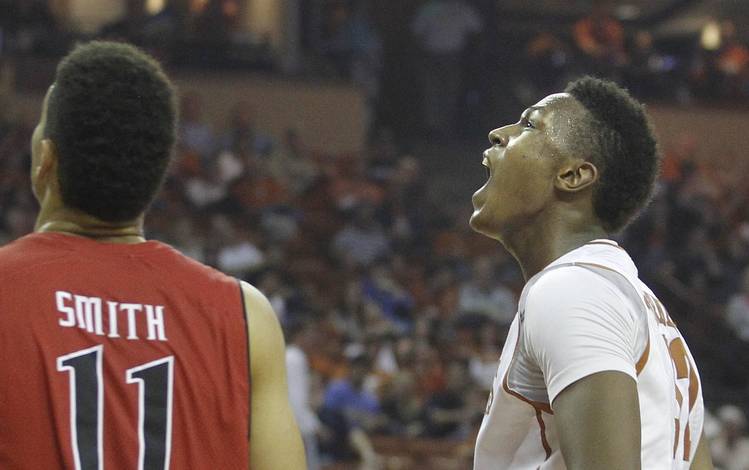 In the midst of a strong rookie season, former Texas Longhorn basketball forward Myles Turner appears to be blossoming into the dominating player that many thought he’d one day be (although, his one season in Austin was pretty strong).

Turner, who struggled at times in his lone season with Texas but eventually figured things out, is averaging 14.3 points per game, 6.3 rebounds and 1.9 blocks for the Indiana Pacers over the past two weeks. He’s shooting at a high clip (56.3 percent from the field) in that span, and if it weren’t for a couple of jaw-droppingly good rookie seasons from Minnesota’s Karl Anthony-Townes and New York’s Kristaps Porzingis, maybe he’d be in the running for NBA Rookie of the Year.

That said, he is in the running for the “NBA Rookie Who Loves Kobe Bryant the Most” award. Yes, that’s a made-up honor, but the NBA should just go ahead and hand it out. Turner and the Pacers played the Los Angles Lakers on Monday night, and Turner penned a special note to the soon-to-be retiring Bryant.

Here’s the note Turner wrote on his fan club site:

“Thank you for inspiring me in ways that you’ll never understand or even know.

Thank you for proving the doubters wrong

Thank you for your legacy”

The 19-year-old Turner went on to score 14 points, grab 13 rebounds and hit 75 percent of his shots against the Lakers in a 89-87 win. It’ll likely be the last time Turner and Bryant will play each other ever again.