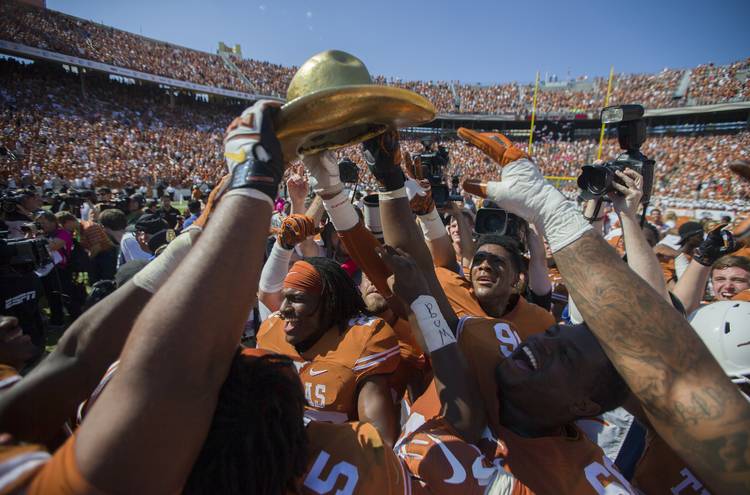 Some hackers had a little fun Tuesday morning with an Austin traffic sign at the expense of the University of Oklahoma. One local Austin station, KXAN, was on the scene at Rio Grande and 24th Street  to capture prank.

According to the KXAN report, the private contractors working on the public works department project has sent an engineer to fix the sign.

And in related news, when the sign is fixed, a large contingent of Texas fans will likely  remaining firm in their believe that “OU Still Sucks.”