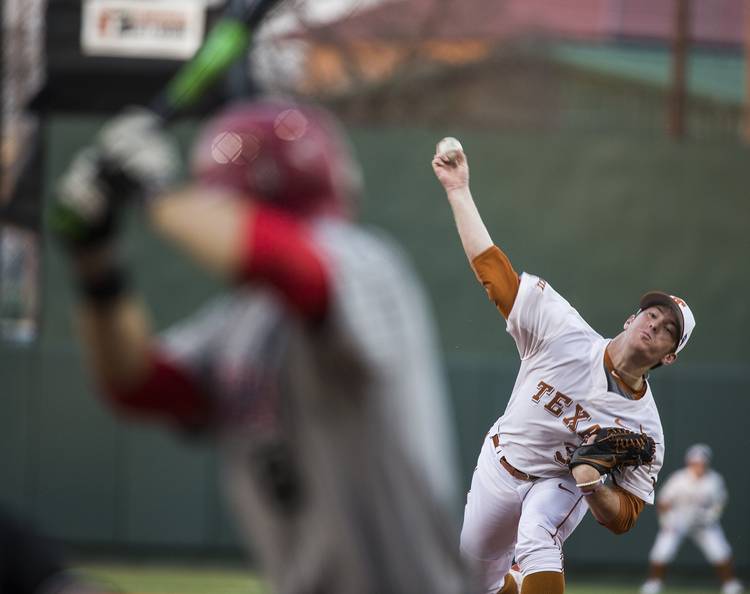 The headline: Longhorns crush UNLV in Morgan Cooper’s return to the mound

Where it went right: Patrick Mathis homered to left in the first inning, allowing Connor Mayes to settle in on the mound with an early 1-0 lead. It was Mathis’ second home run in the series and solidifies him as a powerful left-handed bat in the No. 3 spot. Mathis had just one hit all of last year as a freshman.

The starter: Mayes fought through some trouble in the first, loading the bases before inducing a 3-0 groundout to Andrew Yazdanbaksh, who homered on Friday and Saturday. But Hayes had command issues, walking three, and getting pulled after one batter in the fifth.

Key stat: Relievers Travis Duke, Nick Kennedy, Morgan Cooper and Chase Shugart combined to give up one hit in five innings. Cooper was making his first appearance after missing all of last season recovering from Tommy John surgery.

Next: 6 p.m. Thursday against UNLV.