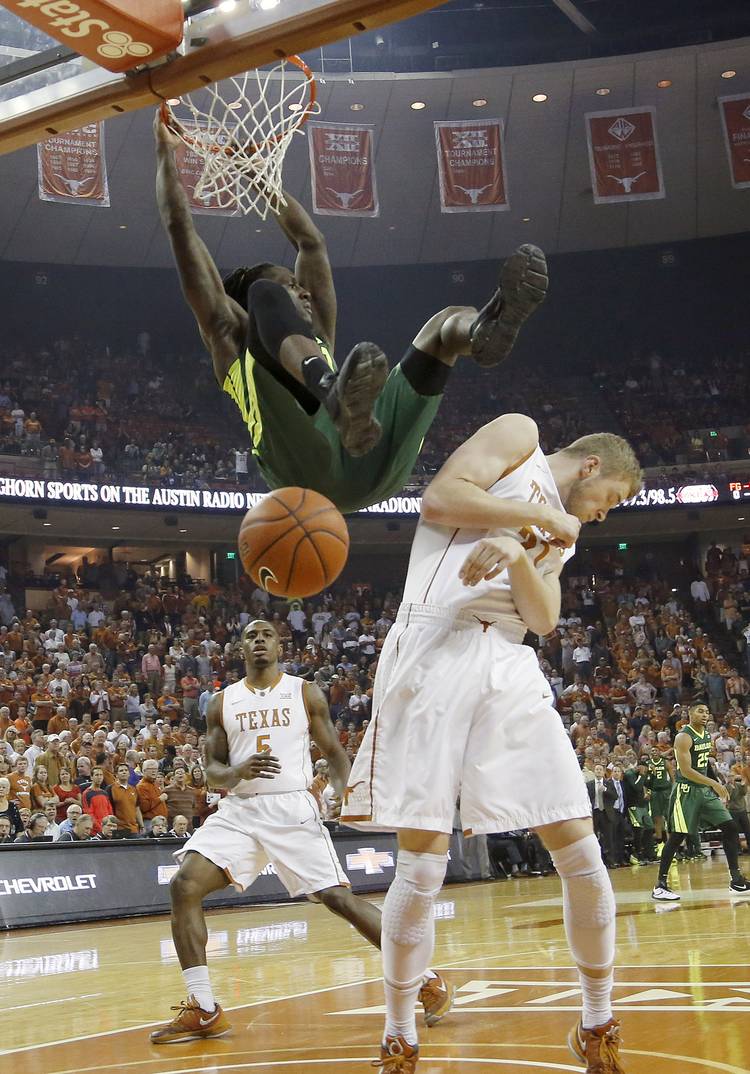 The Big 12 men’s basketball coaches sounded off on league play Monday, like they do every week during the season. Here are some highlights via the American-Statesman’s Kevin Lyttle

Note: Texas coach Shaka Smart was not on the call because the team was en route to Kansas State.

K-State's Bruce Weber on playing Texas tonight: 'nice team that's come together. figured out a style that works for them and executing it.'

More K-State Weber on Texas: 'Taylor 1 of best point guards in country. 3 seniors, a junior PG and freshmen with athleticism and potential.'

Weber on commotion over rowdy K-State fans: 'i think it's overblown. you hear things like that at h.s. games. it's not just K-State thing.'

More from the Big 12 coaches

Big 12 telly … Baylor's Scott Drew on his team's 5-2 Big 12 road record: 'you gotta have experienced players or you don't have chance.'

Baylor's Drew on Taurean Prince: 'he was going to Long Island U to play center, and now he's at Baylor playing wing. tremendous versatility'

One of the hottest teams in the Big 12, Texas Tech, would really love to make the NCAA Tournament:

TT's Tubby says NCAA Tourney bid 'would mean awful lot to program because it's been so long. would validate us to guys who stuck it out.'