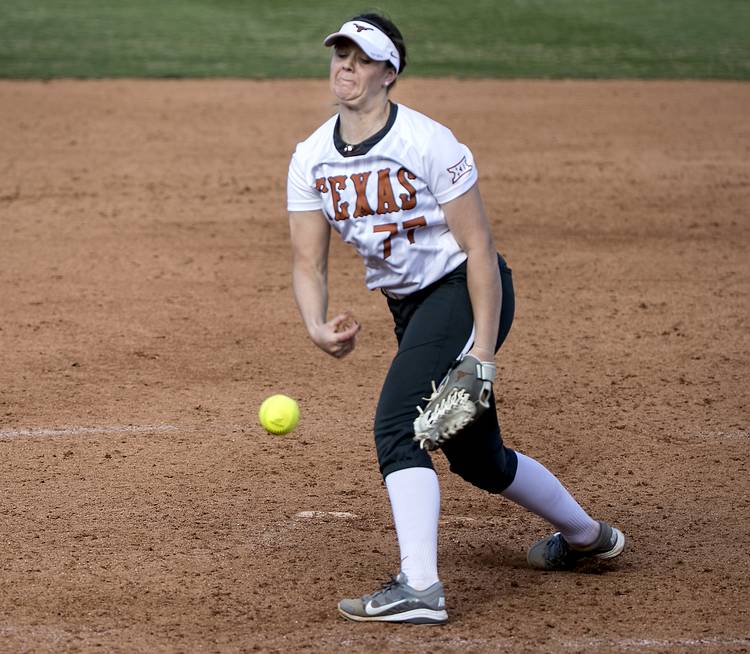 The headline: Texas squeaks out win to improve  to 12-0

Where it went right: With two outs and runners on second and third base after a sac-bunt from Kelli Hanzel, Abilene Christian first baseman Casey May-Huff mishandled a ground ball from Devon Tunning to allow Christina Bardwell to cross home plate for the game-winning run.

Play of the game:  Texas second baseman Stephanie Ceo made a diving catch on a line drive up the middle to save a run in the top of the sixth that would have given the Wildcats a 3-2 lead.

Top hitter:  Celina Felix went 1-for-3 with two RBIs on a single in the third inning.

Key stat:  Abilene Christian left nine runners on base, five were left on base in scoring position.