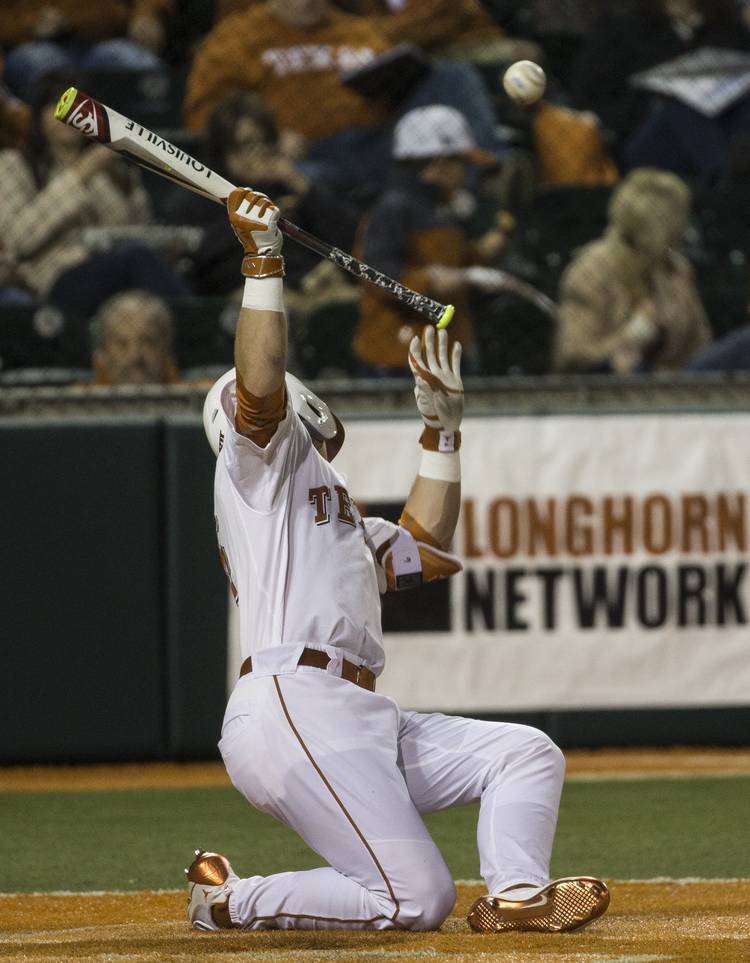 Texas's Tyler Rand is hit with the ball during the NCAA men's college baseball game against Standford at the UFCU Disch-Falk Field in Austin,Tex., Friday, Feb. 26, 2016. RICARDO B. BRAZZIELL/AMERICAN-STATESMAN

Rand, one of the Longhorns’ hottest hitters through five games, took a fastball on his right (throwing) hand as he squared to bunt in the third inning of a 4-3 win over Stanford. Rand remained in the game and played defense in the fourth inning before coming out.

Rand, the No. 9 batter, is third on the team in hitting (.333). He’s scored three runs, driven in two RBI and stolen two bases bases.

Rand, of Langham Creek, was replaced in Saturday’s lineup by Travis Jones.

It’s been a tough series for Texas’ corner outfielders. On Friday, right fielder Patrick Mathis strained a hamstring running out a pop fly and has not played since. His injury is not thought to be as severe as Rand’s.