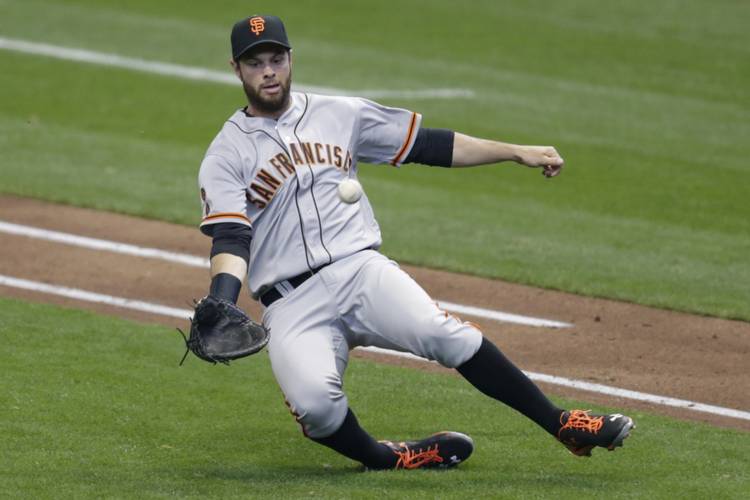 SAN FRANCISCO — Brandon Belt, a former Texas Longhorn baseball player, can look across the infield at shortstop Brandon Crawford, to the mound at Madison Bumgarner and behind the plate to Buster Posey, three other homegrown Giants likely to be around for years to come.

That’s a big reason Belt also wants to be right here chasing more championships with a core group of like-minded men raised in the San Francisco system. The first baseman agreed Saturday to a $72.8 million, five-year contract with the Giants that starts in 2017.

“A lot of the great core players are going to be here for a lot of years to come. I think that should excite anybody, just having a chance to win year in and year out,” Belt said during a press conference following the Giants’ 3-2, 10-inning loss to the Dodgers. “I think I’ve matured and grown a lot over the past five years or so. All of it is due to this organization from the top on down. I have a lot of growing left to do and I wouldn’t want to do it any other place except for here.”

Belt reached a $6.2 million, one-year agreement in February, and general manager Bobby Evans remained optimistic the sides would reach a long-term deal. The new contract calls for a $6 million signing bonus, payable next Jan. 15, a $2.8 million salary for 2017 and $16 million annually from 2018-21. Each Nov. 1 starting in 2017, Belt may designate 10 teams he cannot be traded to without his consent.

Belt, who would have been eligible for free agency after the 2017 season, took a physical Saturday morning at AT&T Park. The 27-year-old batted .280 with 18 home runs and 68 RBIs last year as the Giants missed the playoffs.

A franchise long defined by pitching might be shifting. In November, Crawford received a $75 million, six-year contract.

“It’s easier said than done but finally, especially from a position player standpoint, all of the sudden we’ve got a core group,” said Brian Sabean, executive vice president of baseball operations. “We had the window with the pitching but to think now what we have and what Bobby’s been able to do with Crawford and Brandon, and to round things out, it’s pretty amazing. I remember one time in a previous life this happened in the Yankee organization. We hope this gives us more opportunity for the kind of success we’ve had in the past, and I think the players appreciate it. They know that their loyalty and their hard work is being observed.”

Belt traveled to Florida in February 2014 for an arbitration hearing that was avoided when the sides settled just beforehand, avoiding what would have been the team’s first hearing since catcher A.J. Pierzynski in 2004.

In 2014, Belt returned from concussions to help lead the Giants to their third World Series in five years.