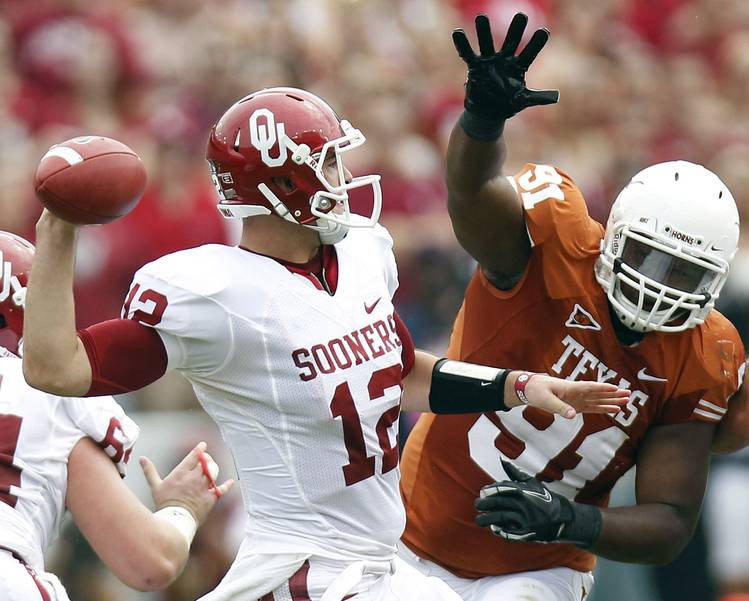 Blackwood played nine seasons and his whole career for the Dolphins. The San Antonio product teamed with his brother Lyle to form what Dolphins fans called “The Bruise Brothers” in 1981. Blackwood had 29 career interceptions after being taken in the eighth round, 215th overall in the 1979 draft. At Texas, Blackwood had 62 tackles and and three interceptions as a junior, his best season.

In December of 2015, to commemorate their 50th season, the Dolphins named Blackwood as a member of their All-Time team along with Ricky Williams.

The Dolphins took Randall in the seventh round, 215th overall (look at where Blackwood was taken) in 2012. However, unlike Blackwood, Randall didn’t make an impact with the Dolphins. He played in 12 games with the Dolphins before heading to Minnesota in 2013 where he never saw action.

First pick: Blackwood. Not bad for the first time dipping into the Longhorn pool.

Of note: Only four Longhorn players have been drafted by the Dolphins. One of those players won a BCS National Championship at Texas. Rodrique Wright was a seventh round pick by the Dolphins. All four of Miami’s picks were taken between 215-226 in the draft, and only Blackwood played more than two seasons with the Dolphins.

Spring review: Linebackers — Malik Jefferson is a star, but who else?