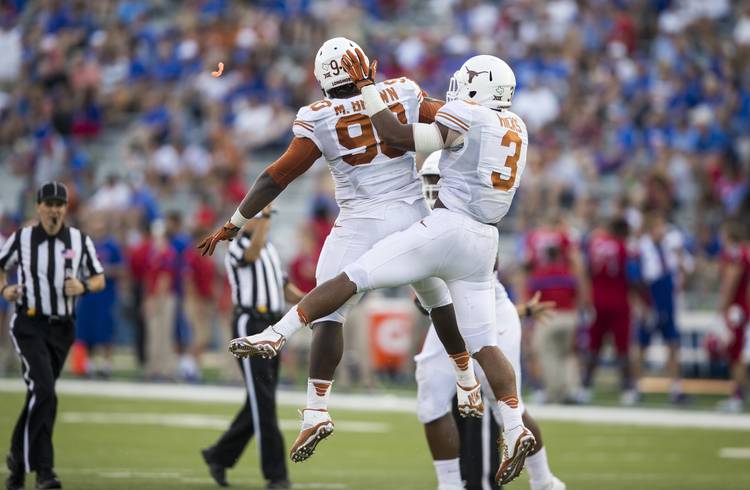 Clayborn was a three-time Pro Bowler during his 15 year career. He played 13 seasons for the Patriots, helping them to a Super Bowl XX appearance in 1985, the same year he had a career-high six interceptions and made the Pro Bowl. Clayborn finished with 36 career interceptions, which is a Patriots team record.

At Texas, Brown was a force, starting 13 games as a freshman and recording 25 tackles. He was a finalist for the Bronko Nagurski Trophy and the Outland Trophy. He was the Big 12 Defensive Player of the Year as a junior, recording 70 tackles, 13 for a loss and 6.5 sacks and was a consensus All-American before declaring for the draft after his junior year.

Lowry is best remembered in the NFL not as a player, but as a coach.  Instead of playing in the NFL, Lowry began his coaching career in 1973 at Texas and his career lasted for 40 years! His specialty was special teams, and he was on the 1994 San Francisco staff that won the Super Bowl. He was an assistant for the Houston Oilers/Tennessee Titans from 1996-2013 and famously devised this play (Bills fans, hide your eyes, I’m showing this clip again):

Of note: Kenneth Sims is one the few Longhorns to be taken No. 1 overall. The Patriots took him first overall in 1982. Sims played eight seasons for the Patriots, never making the Pro Bowl and recording 17 sacks in his career.

Here are some Hall of Famers taken after Sims:  Mike Munchak, Marcus Allen and Andre Tippett. Jim McMahon was taken fifth overall, and wound up beating the Patriots in Super Bowl XX.

To be fair, Sims was awesome with the Longhorns. He won the 1981 Vince Lombardi Award, was a two-time All-American and finished eight in the Heisman Trophy voting.  He had 131 tackles as a junior.

We’ll be honest though, most kids think Tom Brady has been playing for the Patriots since the 1950s, so we’ll add this: Since the Patriots’ Brady-Bill Belichick run in 2001, the Pats have under-inflated their roster with Longhorns, taking just two players: Brown in 2015 and David Thomas in 2006.