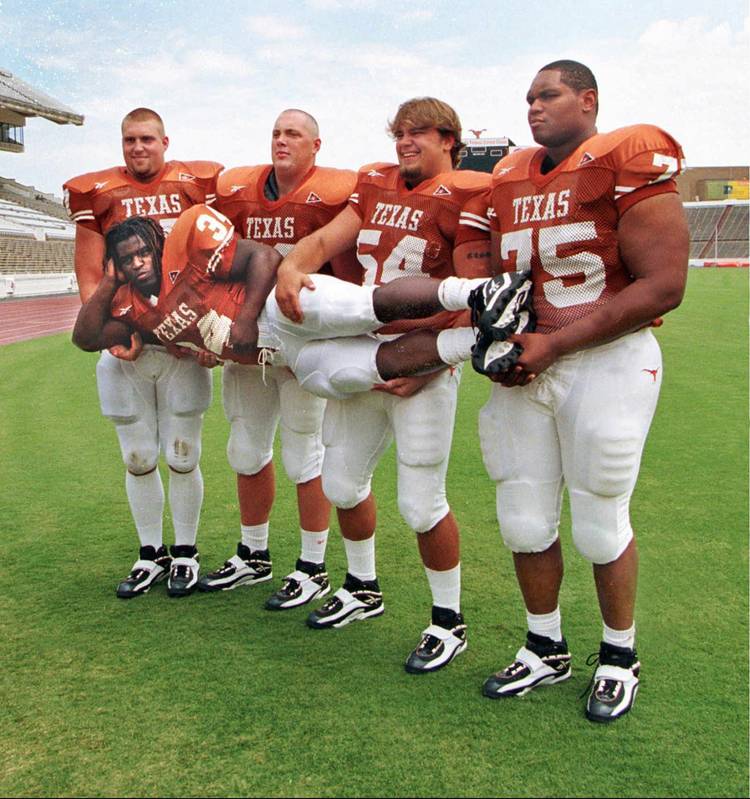 OK. We get it, Ricky didn’t live up to all his hype when the Saints traded everything but a bag of fresh made Cafe Du Monde beignets to get him.

Still, the 1998 Heisman Trophy winner had two 1,000-yard seasons for the Saints in three seasons. Obviously, Williams’ best pro years came at his next stop, Miami, but he’ll always be remember more for his time as a Longhorn, where he is one of the greatest players in the history of the program and the history of college football.

Williams rushed for a then NCAA record 6,279 yards at Texas (click the link to watch him stick it to Texas A&M).

Simmons was the 77th pick of the 1976 draft, taken in the third round. He never played for the Saints and made his NFL debut in 1977 with the Kansas City Chiefs, where he played seven seasons. He started 70 games for Kansas City. Simmons was a 1975 All-American at Texas.

Of note: The Saints took linebacker Winfred Tubbs with the 79th pick of the 1994 draft. He played four seasons in New Orleans starting 42 games and getting 10.5 sacks. The 6-foot-4-inch, 250 pound backer then moved to San Francisco where in 1998 he was a Pro Bowler.