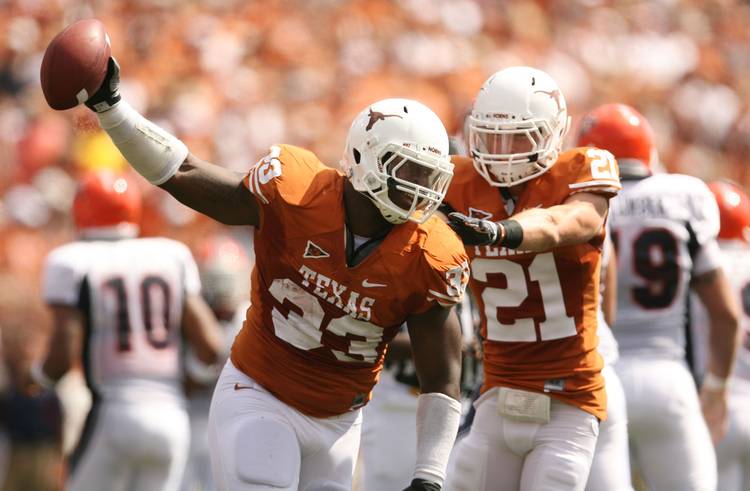 The seventh overall pick of the 2006 draft may not be remembered warmly by the Raider fans. Drafted to be a difference maker, Huff was solid, but never made a Pro Bowl with the Raiders. He started 93 games for the Raiders in seven seasons. But given that he was taken in the top 10 over eventual Pro Bowlers like Donte Whitner, Jay Cutler, Haloti Ngata, Antonio Cromartie, Tamba Hali and many more, Huff never quite reached his draft status.

But people shouldn’t blame him completely. The Raiders have been, well, not good for a very long time. Huff played for four different head coaches in Oakland and four different defensive coordinators in his seven seasons. One of those coaches was Art Shell for one year, and another was Lane Kiffin for a season and a half.

He hasn’t played in the NFL since 2013, when he spent time in Denver and Baltimore.

Still, the Raiders have only drafted four players from Texas, and Huff was by far the best player from that group and played the longest with the Raiders. Huff had 11 interceptions and 368 tackles as a Raider.

Huff was awesome with the Longhorns. Easy to see why he was taken in the top 10. He was a consensus All-American in 2005, helped the Longhorns to a National Championship that same year and won the Jim Thorpe Award.

Houston was a dominant lineman for the Longhorns. he had 35.5 tackles for a loss and 14 sacks in his career. He had 17 tackles for a loss as a senior and in 2007 during his sophomore season he had 10.5 sacks. He helped the Longhorns to a BCS National Championship Game appearance, where he had a sack and 10 tackles. The Raiders took him 44th overall in the second round.

He played four seasons in Oakland before moving to the Chicago Bears in 2014. His best season in the NFL was 2013 when he had 56 tackles and six sacks. He was also traded on draft day. The Patriots traded the 44th pick along with the 190th pick to the Raiders in exchange for the 42nd pick. The Patriots used the pick on this guy:

Koy was taken by the Oakland in the second round, 50th overall, and spent one season in Oakland, appearing in 14 games. He left after a season and spent four seasons in Buffalo. Koy was a member of the 1969 National Championship team at Texas and his brother, Ernie, Jr. and father, Ernie Sr., also played at Texas.

Of note: Brian Jones transferred to Texas after starting his career at UCLA. He moved to Texas and became an All-Southwest Conference player in 1990. The Raiders took him in the eighth round, 213rd overall, in 1991, but he never played in Oakland. He caught on with the Indianapolis Colts in 1991 and played for the Dolphins, the Raiders finally in 1994 and the Saints, where he spent four seasons.

Once his career was over Jones returned to Austin and became a local media member in 2000 and in 2013 joined CBS Sports Radio.