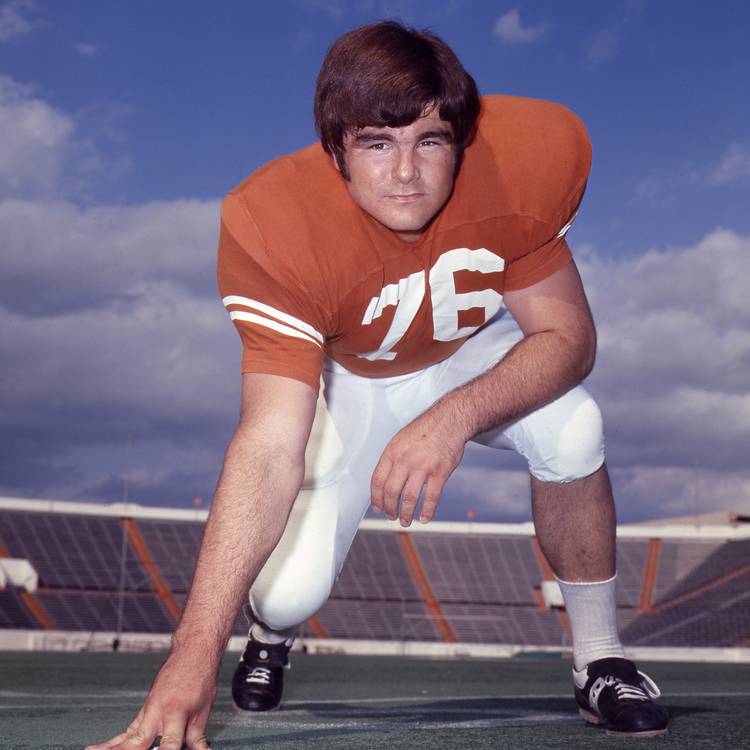 Hand out photo from the University of Texas Athletics Department of Jerry Sisemore, #76. Received 10/18/06.

Last year Hicks was taken 84th overall overall in the third round. The Longhorn who hailed from Southwest Ohio (Lakota West High School near Cincinnati) was a Parade All-American and the 2009 Dick Butkus High School Award winner. Hicks battled through injury issues at Texas, including a ruptured Achilles tendon in 2013 and a hip injury during his junior year that brought a medical redshirt.

The Eagles weren’t scared away by the injuries. Hicks played in eight games and recorded 42 tackles. But in typical unfortunate Jordan Hicks fashion, couldn’t finish the season because he tore his pectoral and was placed on injured reserve. At the time of his injury, he led the Eagles in tackles.

Williams was taken 81st overall in the 10th round and never played in the NFL.

Of note: Forty-eight years after using the 81st pick on Don Williams, the Eagles used the 1989 81st pick on linebacker Britt Hager. The Odessa native was one of the best tacklers in Texas football history, racking up a school-record 195 in 1988, which broke a record he set in 1987 with 187. He has a school-record 499 tackles.

Hager played six years with the Eagles, starting 13 games. He moved on to Denver, where he played two seasons before ending his career with the St. Louis Rams in 1997.

He now lives in Austin and sired four boys, one of whom played for Baylor, Bryce, who was drafted the Rams in 2015 and the youngest child, Breckyn, who is going to be a sophomore on the Longhorns this year.