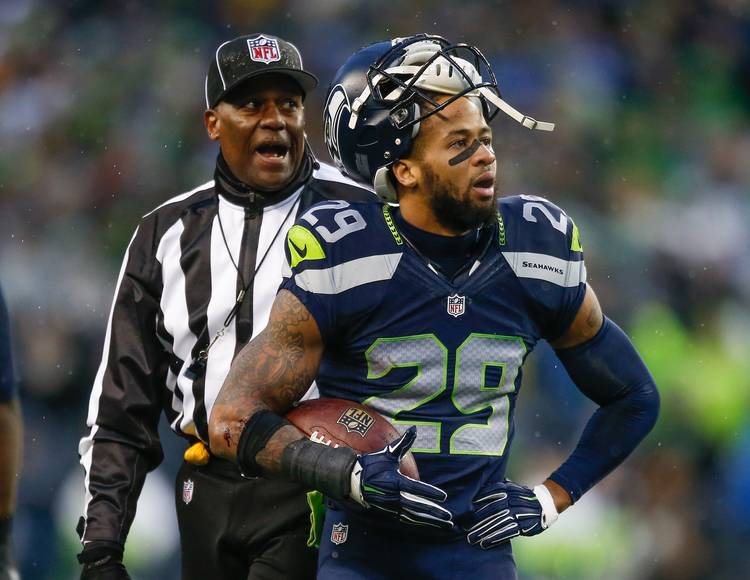 Free safety Earl Thomas #29 of the Seattle Seahawks complains to the referee after he apparently recovered a fumble against the St. Louis Rams at CenturyLink Field on December 27, 2015 in Seattle, Washington. The officials ruled that the Rams recovered, and they went on to defeat the Seahawks 23-17. (Photo by Otto Greule Jr/Getty Images)

We covered this pretty thoroughly a few weeks ago, but  we’ll sum it up this way: Earl Thomas’ pick at No. 14 overall was once ridiculed by pundits and now he’s on track to being one of the greatest safeties to ever breath air, chew bubble gum, listen to Beyonce and win a Super Bowl ring. He’s been to the last five Pro Bowls, he’s a 3-time All-Pro and he is leader of the “Legion of Boom” defense.

Thomas was a consensus All-American in 2009 at Texas and played two seasons for the Longhorns. His 17 pass breakups as a redshirt freshman in 2009 is a Longhorn freshman record.

He played seven seasons for the Seahawks, starting 97 games after being taken 33rd overall in 1982 in the second round.

Scholtz is local product who played for Austin Crockett High School and was the 26-4A Defensive Player of the Year. He played for the Longhorns, then returned to Austin following his pro career.

Of note: Adam Schreiber was taken in the 9th round, 243rd overall by the Seahawks in 1984. He played in six games for the Seahawks. He would go on to play 16 seasons in the NFL, one of the longest careers for a Longhorn. He played for seven different teams, the longest being a four-year stretch with the Vikings from 1990-1993. He ended his career with Atlanta with a three-year run in Atlanta where he played in his first and only Super Bowl in 1998.