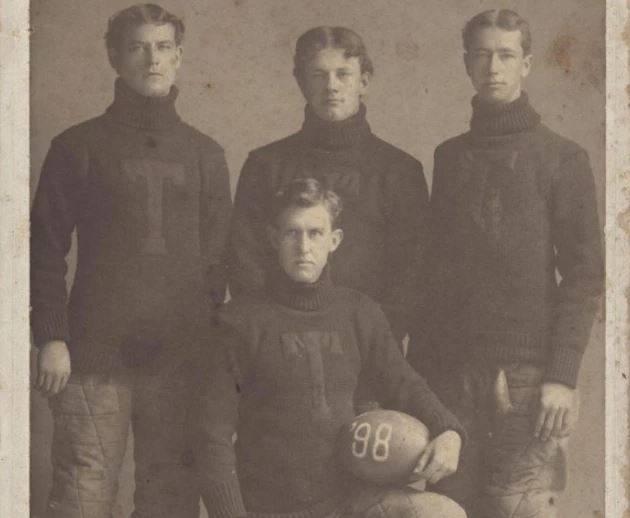 Update, May 2: Michael Barnes is back with even more photos of Longhorns from the past, including basketball players and track athletes. See more at Austin Found.

Earlier: Hook ’em, Horns (of the late 19th century)! Over on the American-Statesman’s Austin Found history blog, Michael Barnes has been diving into the Austin History Center’s extensive photo archives. His latest find: snapshots of the Texas Longhorns football team way, way before anyone on campus would remember.

For example, take a look at the turtlenecked athletes from 1898 pictured above. There are also photos from after the invention of talking motion pictures, like this group shot from the 1940s.

Head over to Austin Found for more.