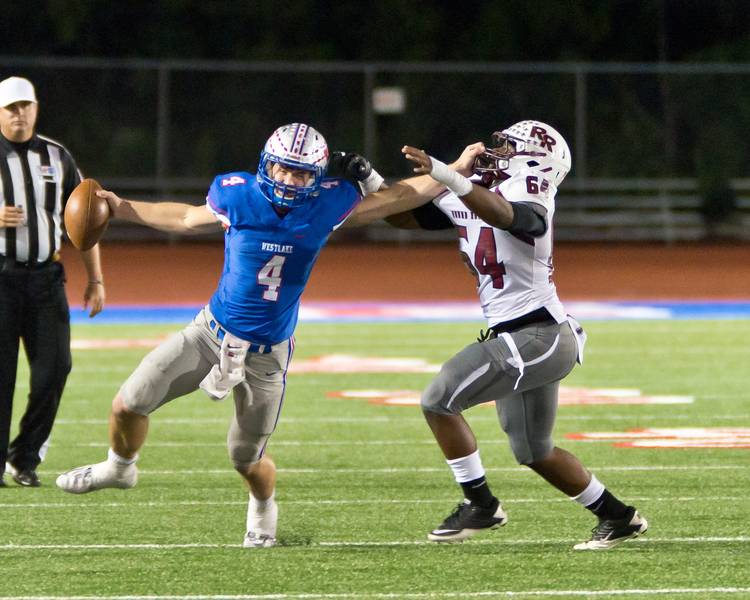 Westlake quarterback Sam Ehlinger holds off Round Rock defender Albert Durden. Round Rock lost to Westlake 35-14 in a bi-district playoff game at Westlake Stadium on November 13, 2015. Henry Huey for Round Rock Leader.

At first Sam Ehlinger did not succeed. So he tried again, and it paid off.

After going home empty-handed from an Elite 11 regional last month in Houston, Ehlinger worked on some footwork deficiencies and attended another regional on Sunday at the New York Jets’ facility in New Jersey. There, the Westlake quarterback and Texas commitment earned a coveted bid to the Elite 11 finals this summer in Los Angeles.

Ehlinger said falling short at the Houston regional inspired him to fine tune his footwork and add five and seven-step drops to his training.

“They gave me some coaching points at the Houston regional they wanted me to work on, and I applied those these past few weeks,” Ehlinger said.

Didn’t get drafted? Neither did these ex-Longhorns and current NFL players