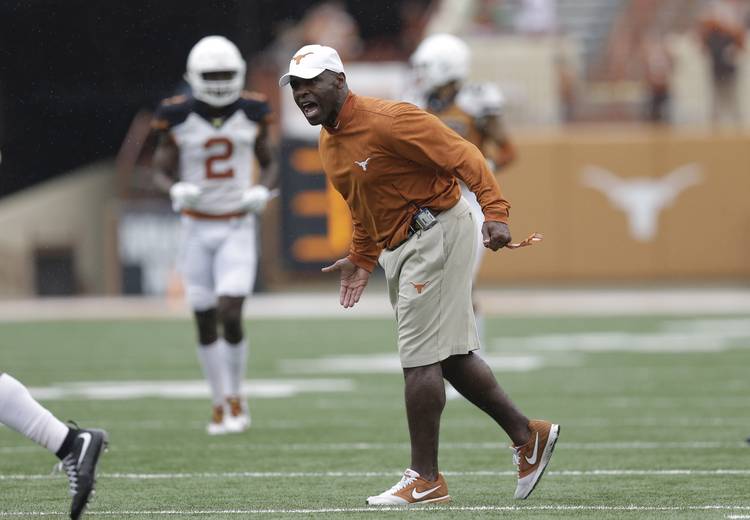 Speaking to reporters at the Big 12 meetings in Phoenix, Strong indicated that UT will begin having summer satellite camps some point soon. According to reporters who were at the meetings, Strong said he’s simply waiting on UT’s compliance office to give the all-clear signal.

“We’re gonna jump in the middle of it,” Strong said, according to USA Today’s George Schroeder.

Charlie Strong on satellite camps: “We’re gonna jump in the middle of it”— which likely means a joint camp with another school.

The summer satellite camp issue has been a hot-button topic recently. In a conference-wide tally, the Big 12 initially voted against holding these camps, according to Oklahoma athletic director Joe Castiglione.

The NCAA Division I council recommended to ban satellite camps, but there was so much blowback, the board of directors declined to adopt the measure.

Satellite camps became a pressing issue after Michigan’s Jim Harbaugh and others made waves by scheduling camps in the south, presumably smack in SEC country. While there are strict rules about recruiting at these events, the camps are generally an advertisement for the coaches and school.

At the moment, Texas officials have not announced any kind of schedule or even suggested possible locations. But it would make strategic sense to hold camps in Dallas and Houston, two major UT recruiting hubs.

It’s also possible UT could partner up with a smaller school to help offset some of the costs.

Charlie Strong notes that Texas would not leave the state for a satellite camp, because it’s not necessary.