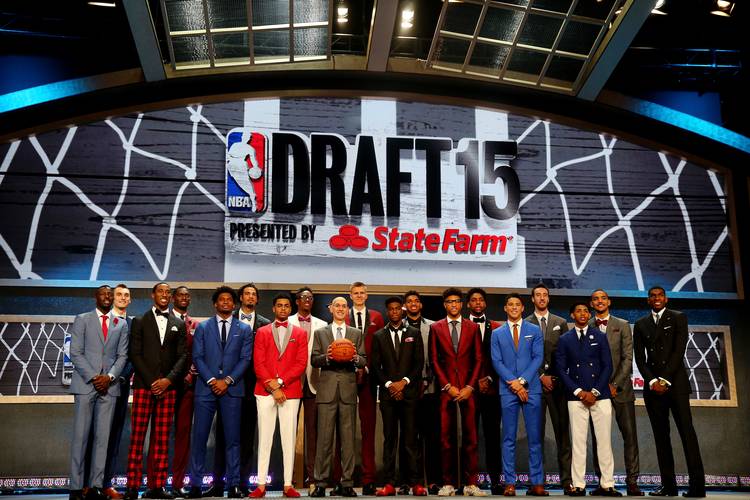 NBA Commissioner Adam Silver poses for a photo with top prospects before the start of the First Round of the 2015 NBA Draft at the Barclays Center on June 25, 2015 in the Brooklyn borough of New York City. (Photo by Elsa/Getty Images)

Isaiah Taylor’s road to the NBA appears to have gotten longer. The former Texas guard was not invited to the NBA scouting combine, according to a report from ESPN.

Neither Taylor nor center Prince Ibeh were among the 63 players invited to the event in Chicago from May 11-15.

Both players could still get drafted on June 23. However, combine invitations are extended to those players who likely have the best chance of getting selected in the two-round event. Sixty players, including some who play overseas, are chosen overall.

Five players who did not attend the NBA combine were drafted last season. Over the long haul, those are rare exceptions.

Taylor, a 6-foot-3 junior, averaged 13.6 points and 4.5 assists in three seasons with the Longhorns. Ibeh, a 6-11 senior, averaged 3 points and 1.6 blocks per game during his four-year career.

Here is the full list of NBA combine participants: https://t.co/Lwh3TKtEds