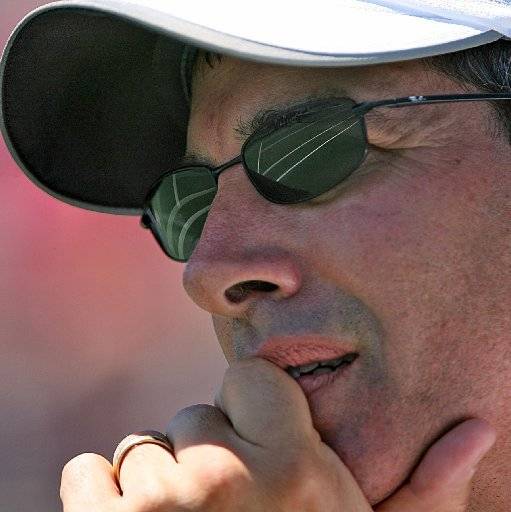 Texas junior George Goldhoff won a third-set tiebreaker as No. 18 Texas edged No. 12 Texas A&M 4-3 in the second round of the NCAA Championships on Sunday in College Station.

Goldhoff was down 4-1 in the tiebreaker, then scored five straight points to take a 6-4 lead and hit a strong backhand down the line to win the tiebreaker 7-5 and the Longhorns stormed the court.

“That celebration is the culmination of an entire season of hard work by our players and staff.” said Center.

“That might have been the craziest moment of my life.” said Goldhoff. “On the last point, he got his serve in, and I got the return back. I mishit a ball and hit it a little deep, but he hit it back short. I had a backhand and I put it away. It was just surreal.”

Sunday’s match was a continuation of Saturday’s contest that was postponed due to rain and lightning. The Aggies won the doubles point on Saturday but trailed in five of six singles matches when play was stopped.

Texas went ahead 2-1 on Sunday after straight-set victories by Michael Riechmann and Adrian Ortiz. Texas A&M fought back with wins at the fourth and sixth singles positions, setting up the deciding match at first singles.

Goldhoff won the first set 6-3 then dropped the second set 1-6. He was down 6-5 in the third but held serve to force the tiebreaker.

“You have to give George a ton of credit for hanging in there when there were so many momentum swings in his match.” said Center.