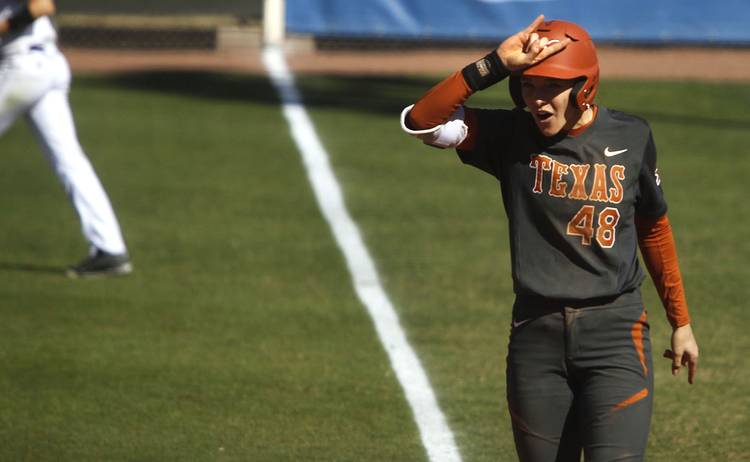 The spotlight is on Texas softball Friday when the Longhorns play its biggest rival, Texas A&M, for the first time since the Aggies left for the SEC. It comes in the NCAA Tournament and if history repeats itself, Texas has nothing to worry about.

Since Texas A&M bolted for the SEC, Texas has ended an Aggie season four times and twice already this spring. Texas men’s tennis knocked off the Aggies in College Station on Sunday, providing us this nugget:

Texas also eliminated the Aggies in women’s golf earlier this spring when they won the regional tournament.

Longhorn baseball knocked off A&M in 2014 as the No. 2 seeded Longhorns pounded the Aggies 8-1 in the opening game of the Austin Super Regional, then ended Texas A&M’ s season in the second game of the Regional final 4-1.

On its way to the 2013 NCAA Volleyball Final Four, Texas beat A&M 3-1 in the second round of the tournament.

If the NCAA had its way, the two programs would have played each other in the second round of the NCAA Men’s Basketball Tournament.

But Northern Iowa had other plans.