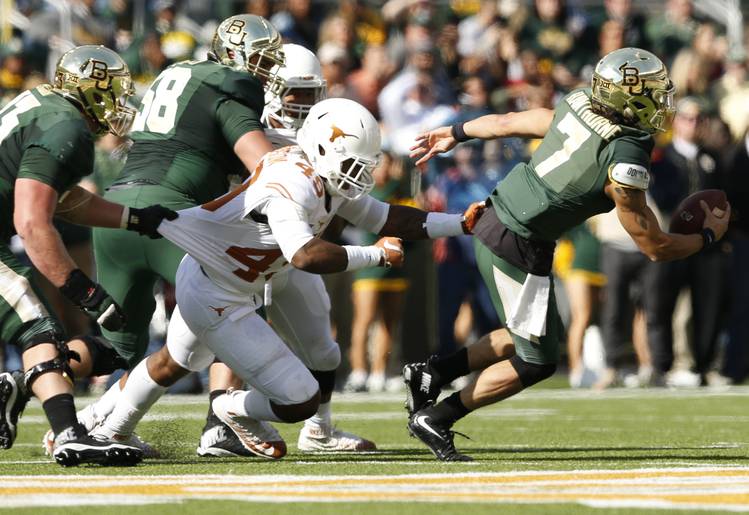 Derick Roberson, the highest-rated player in Texas’ 2014 recruiting class, is leaving the program, according to a team spokesman.

Roberson, a top 100 recruit from Brennan High in San Antonio, never found his way in his two seasons at Texas. After redshirting in 2014, the defensive end played in 10 games this past season with six tackles and two sacks. At one point last year, defensive coordinator Vance Bedford called Roberson the team’s best pass-rusher.

Inside Texas is reporting Roberson will transfer to Sam Houston State.

It’s a surprising conclusion for Roberson, who was the nation’s No. 64 recruit, per 247Sports. Additionally, he was the state’s No. 11 player in the American-Statesman’s Fabulous 55.

Hoping to climb the depth chart this spring, Roberson instead suffered a head injury and missed practices. He did not participate in the spring game.

Roberson also had back luck off of the field and in January was involved in an ugly car accident.

Only lord knows how i made it out of this one, hit a tree in a ditch off the highway, air bags didnt even work. 🙏🏾🙏🏾 pic.twitter.com/45fH7Mg6pY